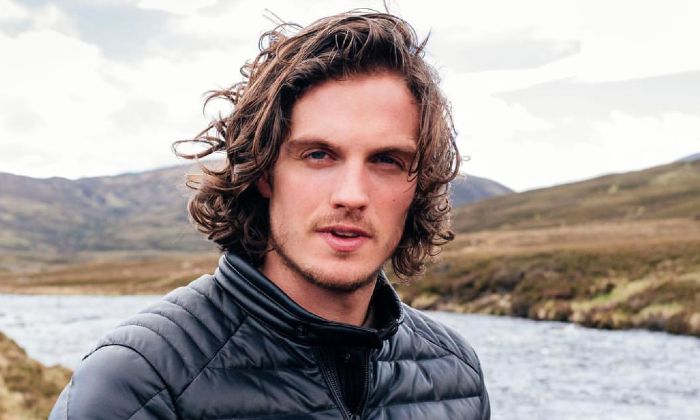 English actor Daniel Sharman is one of the finest actors in the industry that our generation has witnessed so far. Having started out as a child actor, he would spend some time at The Royal Shakespeare Company before being trained at The London Academy of Dramatic Art, a prestigious acting institution in London.

He’s best known for playing Troy Otto in the supernatural drama series, Fear the Walking Dead, as well as for his role as Lorenzo de’ Medici in the historical drama series, Medici: The Magnificent. His early credits to fame include movies Immortals and The Collection and recurring roles in television series such as Teen Wolf, The Nine Lives of Chloe King, The Originals and Mercy Street. These early roles proved crucial for his acting career which helped him to forge his name in the entertainment industry.

Daniel Sharman was born on the 12th of April 1986, in Hackney, London, England. He is currently 36 years old.

Daniel Sharman hasn’t talked much about the personal aspect of his life with the media, and thus, there’s not much to share regarding his parents, education, or his early life.

What is known about his early life is that he was pretty much interested in acting from a young age. He began acting at the tender age of nine when he joined The Royal Shakespeare Company as an actor. There he appeared in plays such as The Park (1995) and Macbeth (1996).

After that, he attended the Mills High School and the Arts Educational School before enrolling at the London Academy of Music and Dramatic Art in 2004. He spent the next three years honing his acting skills and graduated with a Bachelor of Arts degree in acting with Honors in 2007.

Daniel Sharman has dated several women down the line of his acting career. He was first linked to the likes of actress and model, Crystal Reed, from 2011 to 2013, who also happened to be his co-star in Teen Wolf.

Daniel Sharman is considered to be single at least for now as he was not involved in any romantic relationships in recent times.

Daniel Sharman began his career on stage at the age of nine and has since appeared in many theatrical productions. His first onscreen role was in the BBC legal drama television series Judge John Deed, in which he guest-starred in one of the episodes in 2003.

Four years after he made his television debut, he was cast in the television movie, Starting Over, as Alexander Dewhurst. Thereafter, he’s been regularly working in both television series and films. In 2012, he played the role of Isaac Lahey in the popular television series Teen Wolf starring Tyler Posey, Crystal Reed, Dylan O’Brien, and Tyler Hoechlin. This role quickly made him famous in the United States which would eventually catapult him to stardom status.

Daniel has since appeared in major roles including television series, as Kaleb Westphall / Kol Mikaelson in the fantasy supernatural series “The Originals” alongside Joseph Morgan, Claire Holt, Phoebe Tonkin, Daniella Pineda, and Leah Pipes, as Troy Otto in the horror series “Fear the Walking Dead” starring Elizabeth Rodriguez, Maggie Grace and Lorenzo James Henrie, Medici: The Magnificent and movies such as Immortals and The collection.

In 2020, he was cast as Weeping Monk in the Netflix fantasy drama series, Cursed, alongside Katherine Langford, Devon Terrell, and Gustaf Skarsgård.

He is a huge fan of the English soccer team Arsenal.

In 2016 he appeared in the music video for the song “Where’s the Love?” by The Black Eyed Peas featuring The World.

Well, the net worth of Daniel Sharman has not been divulged to the public yet, but some sources have estimated Daniel to have a net worth of around $1 million. Obviously, the major part of his net worth comes from his acting career.