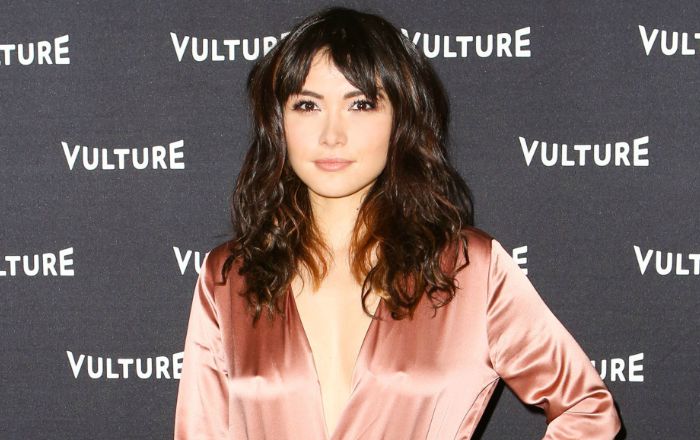 Daniella Pineda is a Mexican-American actress and comedian best known for her work as Sophie Devereaux on The CW sitcom “The Originals”, and as Ruby Simms on NBC series “American Odyssey”. She began playing Vanessa Randall in the TBS comedy television series, “The Detour” in 2016. She has also starred as Zia Rodriguez in the movie, “Jurassic World: Fallen Kingdom”.

Daniella Pineda was born on the 20th of February 1987, in Oakland, California, United States of America. She is currently 35 years old.

She earned her degree in sociology and radio journalism from Mills College in Oakland, California.

Daniella Pineda has kept her personal life discreet from her professional life and thus there is not much information available of any relation she has had in the past or in the present.

Daniella Pineda made her acting debut in the 2011 American comedy-drama film, “Newlyweds”, for her role as Vanessa.

Pineda was the first cast in one episode of the American comedy-drama television series, “Men of a Certain Age” in 2010. She played the role of kit in an episode titled “Same as the old Boss”.

Daniella earned critical acclaim for her starring role as Sophie Devereaux in The CW’s “The Originals” from 2013-2014 and as Zia Rodriguez in the 2018 movie, “Jurassic World: Fallen Kingdom”.

Her net worth is estimated to be $1.5 million dollars. She lives in the Williamsburg neighborhood of Brooklyn, New York.

Daniella was raised with her family in Oakland, California.

She began her acting career in 2010 starring in minor roles before landing major roles in television series.

She appeared in an episode of the fifth season of The Vampire Diaries in 2013.

Daniella appeared in the 2017 comedy film “Mr. Roosevelt”, which was directed by Noel Wells.

She was cast in the lead role in the upcoming TV series Tales of the Walking Dead, starring Parker Posey, Terry Crews, and Poppy Liu.