Terry Crews is an American actor and former NFL player who has been active in both film and television circuits. Crews played Julius Rock on the CW sitcom Everybody Hates Chris and Nick Kingston-Persons in the TBS sitcom Are We There Yet?. He plays NYPD Sergeant Terry Jeffords in the FOX sitcom Brooklyn Nine-Nine. His film credits include White Chicks, Idiocracy, the Expendables series, and Deadpool 2.

Terry Crews was born on the 30th of July 1968, in Flint, Michigan, United States of America. He’s currently 53 years old.

Terry Crews attended the Flint Southwestern Academy in Michigan. He earned a Chrysler-sponsored art scholarship at the Interlochen Center for the Arts in Michigan.

After that, he received an Art Excellence scholarship and a full-ride athletic scholarship for football at the Western Michigan University from where he graduated in 1991 with a major in Arts.

Terry Crews made his acting debut with the science fiction film The 6th Day as Vincent Bansworth in 2000 alongside Arnold Schwarzenegger.

Terry landed his role as T-Money on the syndicated series Battle Dome from 1999 to 2001.

Terry has done endorsement work for Old Spice and Toyota.

His career included stints with the Rams, the San Diego Chargers, the Washington Redskins, and the Philadelphia Eagles. He played six years in the NFL before retiring in 1997.

After his retirement from the NFL, he moved to Los Angeles to pursue an acting career.

His first job in the entertainment industry was as a courtroom sketch artist in Flint, Michigan.

His breakout role came in Friday After Next starring Ice Cube, for whom Crews had previously worked as an on-set bodyguard.

He is an accomplished flutist.

The 1975 film “The Apple Dumpling Gang” was the first movie he ever saw in his lifetime.

In 2014, Crews released his autobiography, Manhood: How to Be a Better Man or Just Live with One, where he discusses a lot of things about his personal such as a strict upbringing in a Christian family, his NFL career, his successful acting career, and his long-standing pornography addiction, which led to several problems in his life.

Crews was named as one of the “Silence Breakers” at the Time Person of the Year award in 2017. 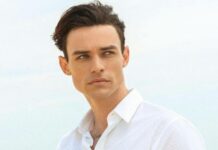