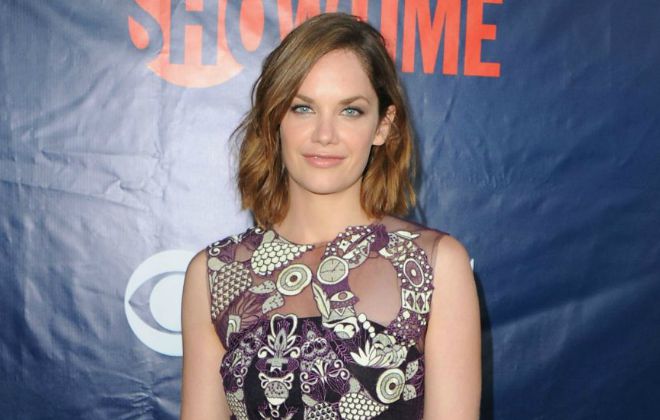 Ruth Wilson is a noted film and stage actress known for her appearances as Alice Morgan in the BBC TV sitcom Luther and as Alison Lockhart in the drama series The Affair. She won a Golden Globe for her performance in the latter in 2014. As a stage actress, she has won Olivier Awards twice for her titular role in Anna Christie and playing Stella Kowalski in A Streetcar Named Desir. Her film credits include Saving Mr. Banks, Suite Française, Locke, and Dark River.

Ruth Wilson was born on the 13th of January 1982, in Ashford, Kent, England, United Kingdom. She is currently 40 years old.

After graduating from school, she attended the University of Nottingham, where she studied history, graduating in 2003.

She studied drama at the London Academy of Music and Dramatic Art and graduated in July 2005.

Wilson is believed to be single. She dated fellow English actor Jude Law from 2012 until 2014 and had a short-term relationship with actor Jake Gyllenhaal in 2015.

Wilson made her first TV appearance as herself in a game show called ‘Time Commanders’ in 2003.

In 2006, she landed a titular role in the British television series, ‘Jane Eyre’, an adaptation of Charlotte Brontë’s 1847 novel of the same name. She appeared in four episodes of the series, a role that earned her nominations for several awards, including British Academy Television Awards, Golden Globe Awards, and Satellite Awards, all of them for Best Actress.

Her television credits include Suburban Shootout, Luther, The Affair, and His Dark Materials.

Ruth Wilson met with critical acclaim for her portrayals of Alison Bailey in the Showtime series ‘The Affair’ and Jane Eyre in mini-series ‘Jane Eyre’.

Her role as Anna Christie in the popular Broadway show, Anna Christie, which earned her several awards and nominations.

Throughout her acting career, Ruth Wilson has amassed a net worth of $7 million.

She was raised in Shepperton, Surrey (UK).

She entered into modeling while still in college and continued to do modeling gigs before she was actively involved in theater and films.

Ruth Wilson was discovered at the age of 16 by a scout from a London-based modeling agency while working in a café during the summer holidays.

She excelled in sports in school and played cricket and rugby. She was a captain of her school netball team.

Wilson landed a supporting role in the movie, A Walk Among the Tombstones (2014), but all her scenes were deleted from the final cut.