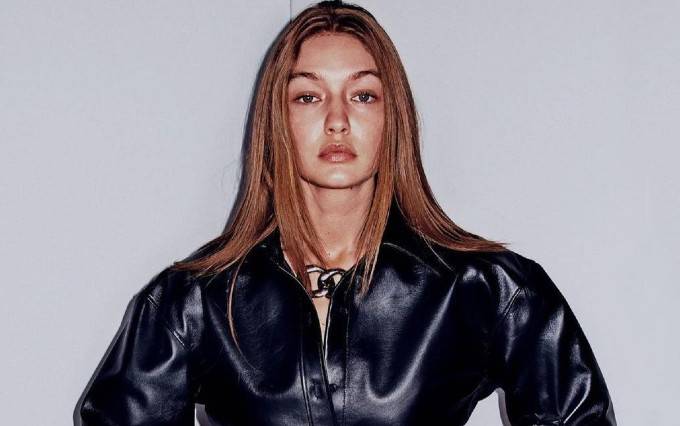 Gigi Hadid is an American supermodel, singed with IMG Models. She was named International Model of the Year by the British Fashion Council in 2016. In addition to her modeling career, she had appeared in many films and television shows.

Gigi Hadid was born on the 23rd of April 1995, in Los Angeles, California, United States of America. She is currently 27 years old.

Hadid completed her high school at Malibu High School in 2013. She then moved to New York to pursue her career in modeling and higher education. She enrolled in Criminal Psychology at The New School in New York University, but eventually dropped out to focus on her modeling career.

Zayn Malik (2015 – Present) – She began dating British singer Zayn Malik in November 2015. They broke up in November 2018 but reconciled the next year. Gigi and Zayn welcomed their first child, daughter Khai on September 19, 2020. In October 2021, they announced that they were parting ways following a police complaint filed by Hadid’s mother Yolanda alleding that Zayn had struck her.

In 2014, She walked the runway for Desigual and Jeremy Scott in the Ready to Wear – Fall / Winter fashion show.

She is playing herself in Bravo’s reality TV series Real Housewives of Beverly Hills since 2012.

Being a rewarded celebrity in the international fashion realm, this fashion icon has an impressive net worth of $29 million dollars as of 2023. Gigi is one of the highest-paid, most beautiful, and most sought-after models in the business. The majority of her wealth comes from modeling, television shows, and endorsements. She has appeared in numerous fashion shows, and magazine covers, and adding to that, social media sponsors and editorial shoots expand her wealth.

Just like Gigi’s great sense of taste for fashion, her lavish New York City apartment includes all amenities that one could imagine. She has a large fleet of luxurious exotic cars, including a Cadillac Escalade, Audi Q7, a Range Rover, a Ferrari, and a BMW M2.

Gigi Hadid has achieved several accomplishments over the years as a model and that doesn’t stop her from expanding her portfolio. The star has over 74 million Instagram followers with a considerable fan following on different social media platforms. Follow her on:

One of the reputable names in the fashion world, Gigi Hadid entered into modeling at the age of just two.

Paul Marciano from Guess discovered and modeled her for Baby Guess.

Gigi took a hiatus from modeling and became the face of Guess in 2012.

Gigi turned pro at age 18 and signed with New York City-based modeling agency IMG models and began walking the runway. Since then, she has walked the ramp for famous designers and fashion houses.

As her popularity begin skyrocketing, Gigi became a prominent model for Sports Illustrated magazine and subsequently appeared in the television series, The Real Housewives of Beverly Hills.

She has also starred in short films and music videos, of which, Pillowtalk is her most popular music video, recorded by her boyfriend Zayn Malik.

Gigi is one of the top paid models in the world, thanks to her high-profile endorsement deals. G

Gigi Hadid is one of the wealthiest celebrities in the entertainment industry and is no doubt, she has a bright future in the years to come.

She appeared on the cover of the March issue of InStyle magazine in 2022.

In March 2022, Gigi announced that she would donate all her earnings from the Fall 2022 fashion shows to Ukraine war victims.