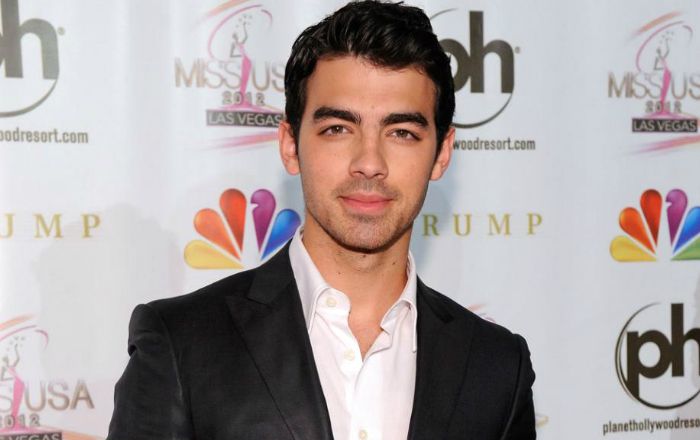 Joe Jonas is a famed American singer and actor who has been in the pop scene since 2004. He first gained prominence as a member of the pop-rock band the Jonas Brothers, alongside his brothers Kevin and Nick. The Jonas brothers earned a lot of popularity after their appearances in Disney’s musical television film Camp Rock and its sequel Camp Rock 2.

They were also featured on their own series, Jonas Brothers: Living the Dream and Jonas. The band has released a few successful studio albums until their split in 2015. After that, Joe embarked on a successful solo career, releasing his debut studio album, Fastlife, in 2011.

Joe Jonas is the son of Denise (née Miller) and Paul Kevin Jonas. His father is a songwriter, musician, and former ordained minister at an Assemblies of God church while his mother is a former sign language teacher and singer. He has three siblings, an older brother, Kevin Jonas, and two younger brothers – Nick Jonas and Frankie Jonas.

Joe Jonas has been dating English actress Sophie Turner since 2016. The couple got engaged in October 2017, following which they got married on May 1, 2019, in Las Vegas, Nevada. They welcomed their first child, a daughter Willa Jonas, in July 2020.

Joe made his debut as a singer with the Grammy-nominated, multi-platinum selling group, Jonas Brothers, where he was a lead vocalist. The band released their debut studio album, “It’s About Time” in August 2008. The album saw little success in the United States with limited record sales as the label didn’t promote the album as expected. This led to the band’s departure from Colombia Records and immediately signed with Hollywood Records. The band released three more studio albums before they disbanded their band in 2015.

As a solo artist, Joe Jonas released his first studio album titled “Fastlife” on October 11, 2011, under the label Hollywood Records. The album debuted at no. 15 on the US Billboard 200.

In 2015, Joe along with friends formed his own band called ‘DNCE’, releasing their debut single, “Cake by the Ocean” that same year. The single went on to chart within top spots on various music charts as well as received multiple platinum certifications.

Joe had his first on-screen appearance in 2008 when he was cast as himself in an American concert film from Walt Disney Pictures, “Hannah Montana & Miley Cyrus: Best of Both Worlds Concert”.

Joe made his television debut as himself on the American TV series Hannah Montana in 2007.

Joe was featured in the Acuvue contact lenses commercial. He also served as the Pepsi Brand Ambassador for Pulse Digital Dashboard.

As of 2023, Joe Jonas has a net worth of $40 million. He earned his net worth from his singing and acting career.

He used to play keyboard, guitar, tambourine, and a lead vocalist during his time with the band, The Jonas Brothers.

He wanted to be a comedian but ended up as a singer.

He was part of the church choir along with his brothers Nick and Kevin.

Joe Jonas has won the Los Premios MTV Latinoamerica Award for Fashionista Award – Male in 2008 and the Kids Choice Award for Favorite TV Actor in 2009.

In 2018, he joined the Australian version of The Voice as a coach, a year after being a mentor on the American version.

After he broke with The Jonas Brothers in 2013, he formed a 4-member pop-rock band called DNCE. The other three members are Jack Lawless (drummer), Cole Whittle (bassist/keyboardist), and JinJoo Lee (guitarist) in 2015.