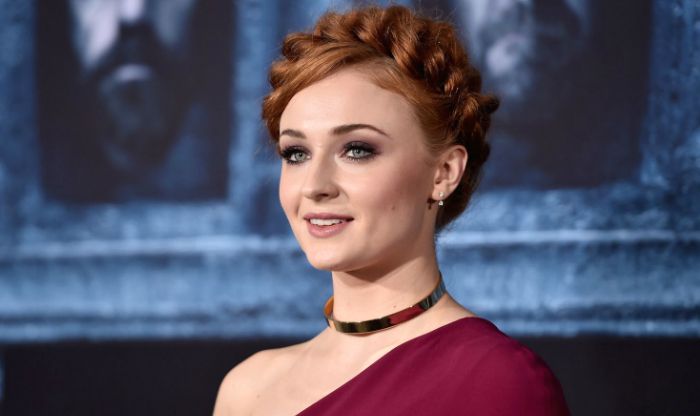 Sophie Turner is an English actress who has made the leap to international fame for her role as Sansa Stark on the HBO fantasy television series Game of Thrones. The role that catapulted her to stardom status and earned her many awards. In addition to TV appearances, she has also starred in movies like  Another Me (2013), Barely Lethal (2015), and X-Men: Apocalypse (2016).

Sophie is the daughter of Sally Turner, a nursery school teacher, and Andrew Turner, who works for a pallet distribution company. She has two brothers – Will and James Turner.

She attended Warwick Prep School until she was 11, and then, attended King’s High School for Girls in Smith Street, Warwick.

Sophie has been in a relationship with American singer and actor Joe Jonas since 2016. They got engaged in October 2017 and eventually got married in Las Vegas, Nevada on 1 May 2019. She gave birth to her daughter Willa in July 2020.

She was previously in a relationship with Vamps guitarist James McVey.

In 2013, she made her starred in the thriller film Panda Eyes, in which she played the role of Fay. The movie is based on Catherine MacPhail’s novel Another Me.

In 2011, she made her acting debut playing the role of Sansa Stark in HBO’s Game of Thrones.

Beginning her acting career at the age of 15 with GOT, Sophie Turner has amassed a net worth of $8 million. She is one of the highest-paid actresses in the television industry with three-fourths of her net worth accumulated from GOT.

This English cutie is extremely popular on different social media platforms, thanks to her appealing and gorgeous looks. She has amassed over 15.5 million followers on her @sophiet Instagram account. Her official Facebook page, @SophieTurnerOfficial, has got over 3.5 million followers.

Sophie has been a member of the theatre company Playbox Theatre Company since she was three years old.

She is good friends with GOT co-star Maisie Williams.

Sophie adopted the dog that played her character’s dire wolf named Zunni after season one of Game of Thrones.

She has appeared in the music video of Jonas Brothers’ “Sucker” and “What a Man Gotta Do” in 2019 and 2020, respectively.

In 2022, she starred in a lead role of the TV series The Staircase as Margaret Ratliff alongside the likes of Colin Firth, Toni Collette, Rosemarie DeWitt, Juliette Binoche, and Parker Posey.