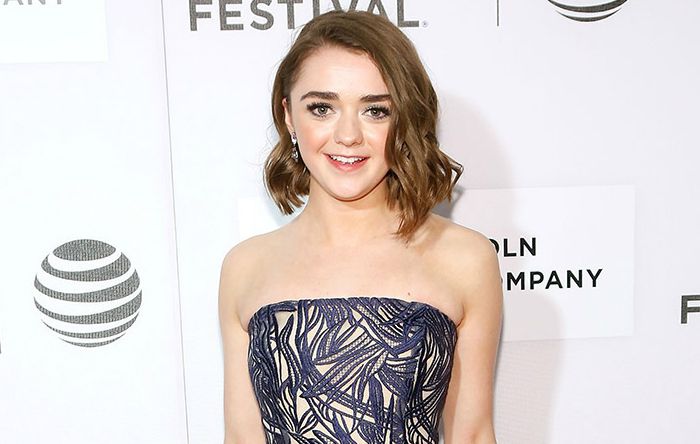 Maisie Williams is an English actress and dancer, who is better known as Arya Stark, the character she is playing in the HBO fantasy television series Game of Thrones since 2011. The role earned her several awards and also played a recurring role in Doctor Who as Ashildr in 2015. In addition to her television roles, she won the London Film Critics’ Circle Award for Young Performer of the Year for her role in the mystery film, The Falling (2014).

Maisie Williams is the daughter of Hilary Pitt (now Frances), who worked as a university course administrator. There’s not a lot to share about her biological father. She is the youngest of four siblings – James, Beth, and Ted Williams. She had spent most of her early life in a three-bedroom council house in the village of Clutton, Somerset.

When it comes to her personal life, she’s quite open about it. Maisie is currently in a relationship with Reuben Selby, whom she started dating in early 2019. The couple made their relationship public through a series of Instagram posts in 2019 and can be often seen together attending public events.

Selby is the founder of the modeling agency The Contact Agency and co-founder of creative agency Cortex Creatives and former communications director of his girlfriend’s social media platform Daisie.

The actress was previously in a relationship with Ollie Jackson, co-founder of 100 Tons of Plastic.

She made her film debut in the 2012 film The Olympic Ticket Scalper as Scraggly Sue.

In 2011, she first starred in the HBO’s Game of Thrones in which she played the role as Arya Stark (younger sister of Sansa Stark).

Playing the role as Arya Stark in Game of Thrones alongside Peter Dinklage, Kit Harington, Emilia Clarke, Sophie Turner, Nikolaj Coster-Waldau and many others.

She achieved huge fame with the fantasy series GOT and has been associated with the series for over 7 years. She has an impressive net worth to the tune of $6 million US dollars as of 2023, with most of that coming from GOT. Her appearances in high-profile films have also contributed to her net worth.

She knows ballet and other dance forms like freestyle, pointe, street and tap.

She also likes gymnastics and trampolining.

Maisie also has starred as Loren Caleigh in the 2012 TV mini-series The Secret of Crickley Hall.

Maisie has been vocal about social issues like feminism.

She has starred in the shorts The Olympic Ticket Scalper, Up on the Roof, and Corvidae.

Maisie has appeared on music videos including ‘Rest Your Love’ by The Vamps, ‘Sing’ by Pentatonix and ‘Sunday’ by Gardna in 2015.

She has won 7 awards out of 22 nominations for her performance as Arya Stark in the Game of Thrones.

She is good friends with GOT co-star Sophie Turner.

In 2020 she played the titular role of Rahne Sinclair / Wolfsbane in the latest Marvel film, The New Mutants, co-starring Anya Taylor-Joy, Charlie Heaton, and Alice Braga.