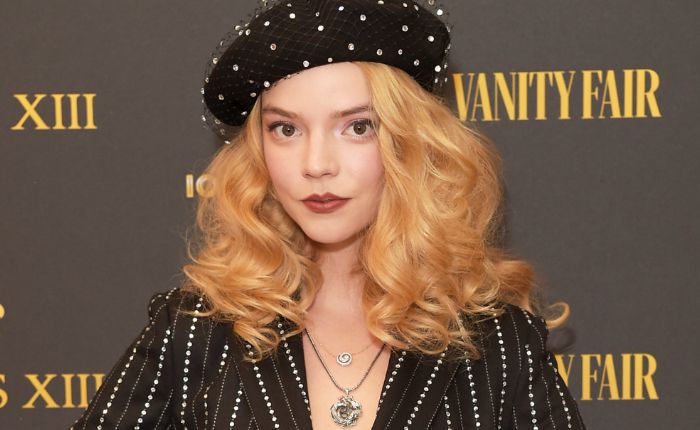 Anya Taylor-Joy is a British-Argentine actress who became known for her portrayal of the character Thomasin in the period horror film The Witch. She went on to star as Casey Cooke in the horror-thriller films Split and Glass, in 2016 and 2019, respectively.

She gained a lot of fame for appearing in horror films which earned her the moniker Scream Queen. As of 2022, Anya Taylor-Joy has a net worth of $3 million.

Anya Taylor-Joy was born on the 16th of April 1996, in Miami, Florida, United States of America. She is currently 25 years old.

Anya prefers to keep her personal life private due to which her parents name are unknown. Her mother, who is of English-Spanish heritage, worked in photography and interior design. Her father was a international banker, who belongs to Scottish-Argentine ancestry. She is the youngest of the six children to her parents. she had to spent her adolescent years in different countries due to the nature of his father’s job.

Anya received education from different schools such as the preparatory school Hill House in Kensington, Northlands School in Argentina and Queen’s Gate School in London. At age 16, she dropped out of high school to pursue career in modeling and acting.

As we said earlier, Anya is a type of person who wants to keep her private life secret. Although she hasn’t spilled a word about her affairs, there are growing rumors that she’s dating Irish filmmaker and actor, Eoin Macken for quite a few years now.

Anya Taylor-Joy made her feature film debut with the fantasy comedy horror film Vampire Academy in 2014. She played the role of a feeder girl, but her scenes didn’t make it to the final cut. Her portions were only featured in the deleted scenes of the movie.

Anya had guest starred in the role of Philippa Collins-Davidson in an episode of detective drama series Endeavour in 2014.

Anya Taylor-Joy got her first breakthrough in 2015 when she was cast as Thomasin in the the critically acclaimed Robert Egger’s supernatural horror movie “The Witch”. She received numerous awards for her performance in the film including Gotham Independent Film Awards for Breakthrough Actor, and Empire Award for Best Female Newcomer, to name a few.

In 2015, she had a recurring role as Cassandra in the British fantasy adventure TV series Atlantis. Her performance earned critical praise and reception.

Anya has an estimated net worth of $3 million as of 2022. Looking at her career graph, we can easily say that she has witnessed a dramatic growth when compared with other growing actress in Hollywood. Besides, she has a handful of lucrative movies in her kitty and she has appeared in a few commercially successful movies over the course of her acting career.

Though she was born in American, her parents moved to Argentine when she was an infant. At age 6, she moved to London, who that time spoke only Spanish. She managed to learn English in her school.

Anya learned ballet until she decided to quit at the age of 16. She doesn’t want ballet to take over her acting passion.

As a teen, she was into modeling for few years before she landed a role in the horror comedy movie Vampire Academy.

She has been a vegetarian since the age of 10 and became a vegan in 2015. Despite that, she has no problems with eating honey and eggs.

Anya got her break with the movie The Witch in 2015. For her work in the movie, she received nominations for 16 awards and went on to win six of them.

She can play ukulele and electric guitar.