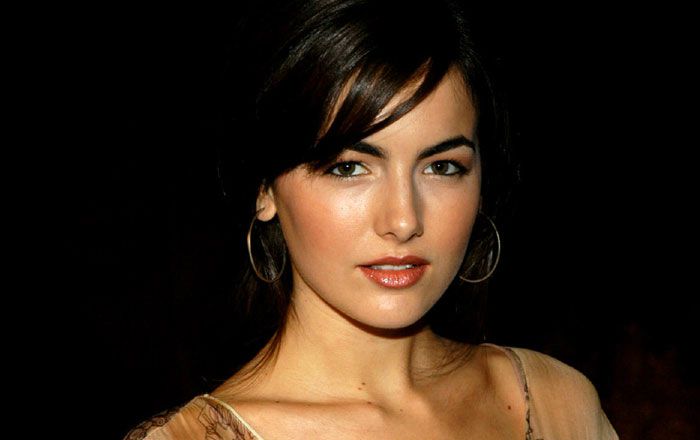 Camilla Belle is an American actress who has been acting since she was five years old. Her first major acting role was in the movie 10,000 BC in which she played the role of Evolet that brought in her enormous fame and recognition. Over the years, she has transformed herself into a popular face in the American television industry. Her acting credits include ‘The Ballad of Jack and Rose’, ‘When a Stranger Calls’, ‘The Quiet’, ‘Push’, ‘Breakaway,’ ‘Diablo’, and ‘Dollface”.

Camilla Belle is the daughter of Cristina Gould, a Brazilian fashion designer, and Jack Wesley Routh, a construction company owner, and former country music composer. She’s got English, German, and French roots from her father’s family while she has Portuguese, and possibly some Italian ancestry on her mother’s side.

Concerning her education, Camilla was educated at St. Paul’s Catholic Elementary School, and later transferred to Marlborough School, an all-girl high school in Los Angeles. Upon graduation, she decided to not go to college but rather decided to pursue her dreams, which is by the way acting.

Belle briefly dated Joe Jonas of the Jonas Brothers in 2008 and was in a relationship with a Spanish tennis player, Fernando Verdasco, for few months in 2009.

Camilla Belle made her acting debut in the 1995 American family drama film, ‘A little Princess’ as Jane.

Camilla made her television debut as a child actress in the 1993 television film ‘Empty Cradle’, in which she played the role of Sally. The same year, she was cast as a lead in her first film, NBC’s thriller, Trapped Beneath the Earth.

Her first appearance in a TV show happened in 1998 with an American crime-action television series, Walker, Texas Ranger. She played Cindy Morgan in an episode entitled “Code of the West”.

Her first major work was as Jill Johnson in ‘When a Stranger Calls’. The psychological horror was released in 206, which was based on the urban legend ‘The babysitter and the man upstairs’. She received many awards for her stellar performance in the film.

In 2008, she landed a significant role in Roland Emerich’s film, ‘10000 BC’ which earned her critical acclaim. The film was successful at the box office despite it failed to get rave reviews from critics.

Her other notable appearances include Kira Hollis in Push, Melissa Winters in Breakaway, and Paula in Zero Hour.

Belle started her professional career at the age of nine months old when she appeared in a print ad.

She is an aspiring classical pianist.

She is fluent in English and Portuguese.

In 2005, she got nominated for Gotham Award for her movie, ‘The Ballad of Jack and Rose’.

She has appeared in Joe Jonas’s music video “Lovebug.”

In 2011, she was named one of People magazine’s Most Beautiful People in the world.

Camilla has been involved in various charities and is an international spokesperson for “Kids With A Cause”, created to provide a helping hand to children suffering from poverty, hunger, lack of education, neglect, or abuse.