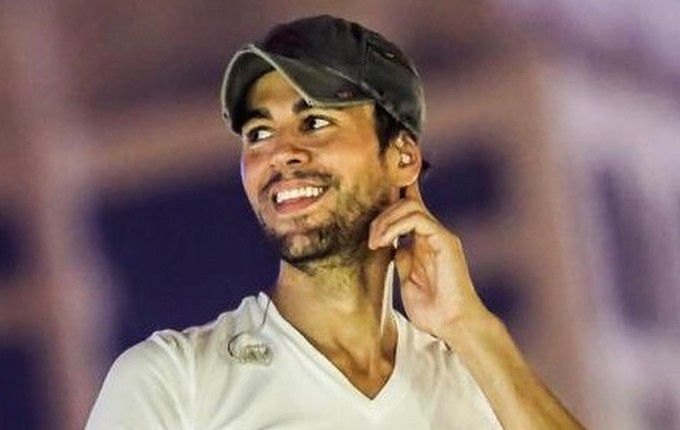 Enrique Iglesias is a multitalented Spanish-born singer, songwriter, actor, producer, and cartoonist. He’s a Latin-influenced pop singer and the son of Julio Iglesias who is Global SuperStar. He is regarded as one of the greatest Latin music stars of 21-century who has the most number-one songs across Billboard charts including Hot Latin Songs chart, Latin Airplay chart, and the Latin Pop Airplay chart.

Having begun his journey in music in the mid-nineties, Enrique Iglesias has issued several chart-topping albums and songs. His first recording Fonovisa The Mexican indie label had become his best-selling act of the 90’s decade. He is a bilingual songwriter who writes songs in both English and Spanish. In 2020, he won the “Top Latin Artist of All Time” award at the Billboard Latin Music Awards. Thanks to his successful career, Billboard has named him the “King of Latin Pop” and “King of Dance”.

He has Spanish, Jewish, and Puerto Rican ancestry.

Enrique was born the youngest of three children to Spanish singer Julio Iglesias and Filipina socialite and magazine journalist Isabel Preysler. He has two siblings, Chábeli and Julio Jr. He spent his entire life growing up in his grandfather’s place where he was raised by a nanny named Elvira Olivares.

As he got older, he developed a strong interest in music and borrowed money from his nanny, and started recording songs.

He attended and graduated from the prestigious Gulliver Preparatory School, located in Miami, Florida. After high school, he enrolled at the University of Miami to study business. But he dropped out of college during his sophomore year to focus on his music career.

The Latin singer has been in a relationship with the Russian former tennis player, Anna Kournikova since December 2001. After dating for more than 10 years, their relationship had gone for a toss, ending in a split in October 2013. Not long after the two parted ways, they reconciled soon after.

Enrique and Anna have married secretly and they have three children. Their fraternal twins, a son, and daughter, Nicholas, and Lucy were born on 16 December 2017. She gave birth to their third child, a daughter, Mary, on 30 January 2020.

Thanks to his various professional endeavors, Enrique Iglesias has a total net worth of $100 million.

He got his start in music with his self-titled debut album that was released in the year 1995. Released by the Mexican label Fonovisa, it sold more than a half-million copies in less than a week and earned him the Grammy Award for Best Latin Pop Performance.

He released his first straight English album “Enrique” on 23rd November 1999 to major success. The album topped the Spanish music chart and reached #33 on the US Billboard 200 chart.

In 2001, he dropped his second English album, Escape, which went on to chart at number two on the US Billboard 200 and it is his highest-charting album on the Billboard chart.

He’s one of the greatest Latin recording artists who’s credited with more than 150 #1 single’s across Billboard charts with a total of 27 #1 singles on the Billboard’s Hot Latin Songs Chart.

He has collaborated with megastars such as Pitbull, Whitney Houston, Lionel Richie, Juan Luis Guerra, Marco Antonio Solis, and more.

Iglesias has also appeared in a few films, including the Robert Rodriguez film Once Upon a Time in Mexico, co-starring with starred alongside Antonio Banderas, Salma Hayek, and Johnny Depp.

Enrique is one of the few non-English artists to be honored with several laurels and awards. He has won more than 200 different awards.

As of 2021, he has issued 10 studio albums, including Euphoria and Sex and Love.

His most successful album to date is Escape that includes the songs “Escape”, “Maybe”, “Don’t Turn Off The Lights” and “Hero.”