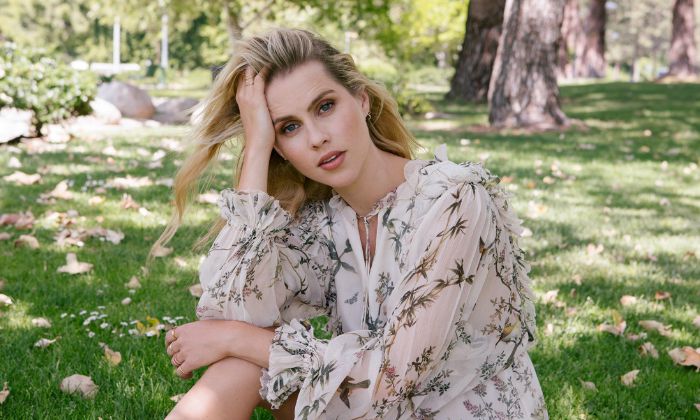 Claire Holt is an Australian actress who gained fame for her starring role as Rebekah Mikaelson in The CW series ‘The Vampire Diaries’ and its spin-off series ‘The Originals.’ She played Emma Gilbert in the first two seasons of the Australian fantasy TV series ‘H2O: Just Add Water.’ She also appeared in ‘Pretty Little Liars,’ ‘Aquarius,’ ‘Blue Like Jazz’ and ’47 Meters Down.’

Claire Holt was born on the 11th of June 1988, in Brisbane, Queensland, Australia. She is currently 33 years old.

Claire’s parents are John and Ann Holt. She has three siblings, Rachel, Madeline, and David Holt. She graduated from Stuartholme School in Toowong.

Claire Holt has been married twice. She was first married to her longtime boyfriend Matthew Kaplan from April 2016 until their divorce in 2017.

Claire Holt made her onscreen debut as Lindsay Rollins in the American supernatural horror film, ‘Messengers 2: The Scarecrow’ in 2009.

Holt landed her first television role as Emma Gilbert in the Network Ten children’s television series, ‘H2O: Just Add Water’ in 2006. She appeared in the first two seasons of the series in a total of 51 episodes until 2008.

Best known for her starring roles in H2O: Just Add Water, The Vampire Diaries, The Originals, Aquarius and 47 Meters Down

The budding Australian actress has an estimated net worth of $1 million.

As a young girl, she participated in several sports like volleyball, water polo, and swimming.

Asides acting, she is also a singer and holds a black belt in Tae-Kwon-Do.

Holy got her major break when she was cast as Emma Gilbert on the Australian children’s show H20: Just Add Water in 2006.

She is a fan of the Harry Potter book series.

She knows to play the piano and guitar.

She was featured in the Buddy TV’s “100 Sexiest Women” list for three consecutive years in 2011, 12 and 13 respectively.

Claire Holt has a tattoo on her body which reads ‘gratitude.’