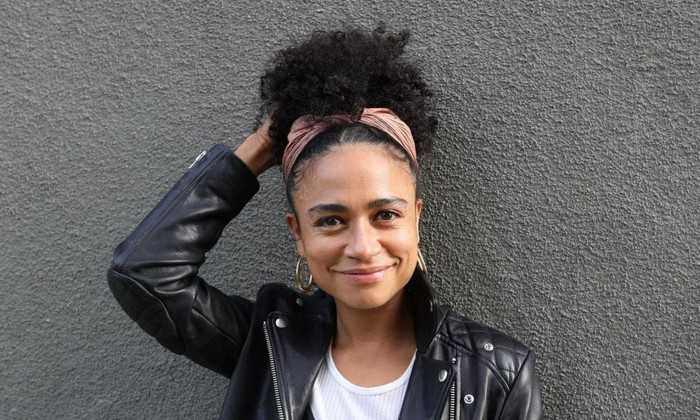 Lauren Ridloff is an American actress who’s probably best known to the world as Connie on the TV series The Walking Dead, a role that she has been playing since 2018. She has starred in the multiple Academy Award-nominated drama film Sound of Metal (2019) opposite Riz Ahmed. Her other acting credits include Wonderstruck, Children of a Lesser God, Legacies, New Amsterdam, and Eternals.

Lauren Ridloff was born on April 6, 1978, in Chicago, Illinois, the United States of America to a Mexican-American father and an African-American mother. She is deaf by birth which prompted her parents to take great care of her. They learned sign language to communicate with her. Her father was a musician, and her mother was an artist.

She went to Peace Catholic School for hearing children in Chicago. Later, when she was 13, her parents enrolled her at the Model Secondary School for the Deaf in Washington, DC, a specialization school for deaf and hard-of-hearing children. She then attended California State University, Northridge, one of the largest universities in the United States with a large deaf and hard-of-hearing student population, from which she majored in English with an emphasis in creative writing in 2000.

During her time there, she was a part of a local deaf performing group and performed with them. She obtained her Master’s degree from Hunter College in 2005 and briefly worked as a Kindergarten teacher. She quit her job to take care of her sons.

Lauren Ridloff is married to her long-time boyfriend Douglas Ridloff, who’s also deaf, since 2008. Her husband is a poet, entrepreneur, and creative artist who is a familiar person in the deaf community. They have two sons: Levi (born in 2012)and Wyatt (born in 2014) and both are deaf. The family leads a happy life in Williamsburg, Brooklyn, a neighborhood of New York.

Lauren was relatively late to the acting game. Being a deaf woman and her life experiences made her realize that it isn’t easy to become an actress. So, acting had never been in the cards. She was interested in teaching and took a teaching job at Public School 347, a Manhattan school for children who are deaf, hard of hearing, or born to deaf parents.

Though she had acted in plays during her school and college days, she never tried acting but joined as a consultant with the production of the 2017 film Wonderstruck. They cast her in a small role, and then, the following year, she was cast in the female lead role in the revival of Children of a Lesser God, playing Sarah Norman, a former deaf student, opposite Joshua Jackson.

Lauren got her major breakthrough in 2018 when she was selected to play the role of Connie in the hit TV series The Walking Dead, which stars an ensemble cast including Andrew Lincoln, Sarah Wayne Callies, Laurie Holden, Chandler Riggs, and Lauren Cohan, among many others.

She continued her success as an actor with a starring role in the 2019 drama film Sound of Metal, in which she played the role of Diane alongside Riz Ahmed and Olivia Cooke. She was most recently seen playing Makkari in the marvel superhero film, Eternals, starring Angelina Jolie, Richard Madden, Salma Hayek, Kit Harington, and Gemma Chan.

Though it is just an estimate, Lauren Ridloff is estimated to be worth $500 thousand dollars.

She was crowned Miss Deaf America in 2000.

Her parents were deaf as well.

She was previously a member of a comedy troupe called Deafywood.

In 2018, Lauren was nominated for Tony Award in the Best Actress in a Play category for her performance in Children of a Lesser God.