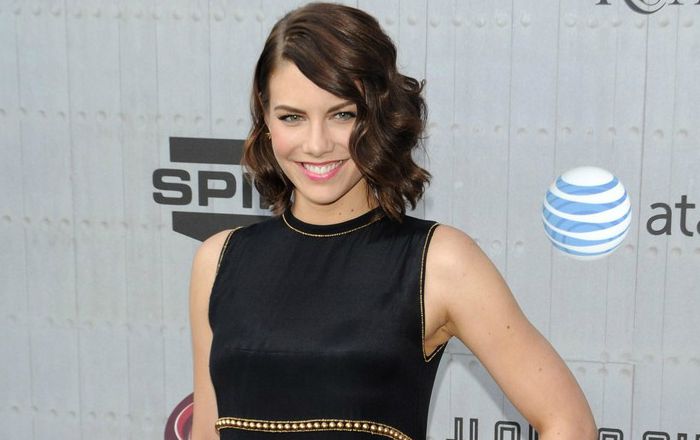 Lauren Cohan is an American-born British actress who has made the leap to international fame for her starring role as Maggie Greene on the AMC horror drama series The Walking Dead. She attained more success with her roles in the TV shows Supernatural as Bela Talbot, The Vampire Dairies as Rose, and Chuck as Vivian McArthur Volkoff. She also has many film credits to her name, including Van Wilder: The Rise of Taj, The Boy, Batman v Superman: Dawn of Justice, and All Eyez on Me.

Lauren was born to an American father and an English mother. Her parents divorced when she was young and her mother remarried, and thus she took her husband’s surname, Cohan. So, eventually, Lauren also took her stepfather’s surname.

Her mother converted to Judaism after her remarriage, thus letting Lauren convert to Judaism and had a Bat Mitzvah ceremony at the age of five. She has five half-siblings from her stepfather’s previous marriage. She has American, English, Irish, Norwegian, and Scottish ancestry.

Lauren attended the University of Winchester in Winchester, Hampshire, England from where she graduated with a Bachelor of Arts degree in Drama and English Literature.

Despite being gorgeous and charismatic, Lauren never talks about her love life to the media. However, she was rumored to be associated with a few of her co-stars at times. She was in a relationship with Christian Carino, who was her agent, from 2014 to 2017.

Lauren Cohan had her start in films in 2005, playing the role of Sister Beatrice in the romantic drama film “Casanova”.

In 2007, she appeared in an episode of the CBS sitcom “The Bold and the Beautiful” as a Forrester Creations Employee.

Lauren first gained fame for her short-lived role in the Warner Bros. horror series Supernatural. She met with critical acclaim for her role as Maggie on the AMC drama thriller-horror series The Walking Dead. The role earned her several awards and ultimately made her the household name of every American. The show was a huge success with a rating of 8.5 on IMDb.

Talking about her performances in films, her roles in the movies Van Wilder: The Rise of Taj and The Boy can be considered as her best works in her acting career.

Lauren moved to England when she was 13 years old after her mother remarried to an English man. Throughout her teens, she had divided her time and work between Los Angeles and London before settling in Los Angles.

She learned kickboxing as a child.

While studying at the University of Winchester, she co-founded a theater company called “No Man’s Land” which she toured during her college years.

Lauren worked as a waitress at “The Cat & The Fiddle” (restaurant & pub) on Sunset Blvd in Los Angeles before fame.

Actually, she was picked up for a recurring role in the second season of the horror series and she was made the series regular in season 3.

She is a good friend of actress Amy Shiels. They both worked together in the movie Young Alexander the Great in 2010.

In 2012, she won the ‘Best Television Cast’ at the Satellite Awards and the ‘Best Ensemble Cast’ award at the ‘Eyegore Awards’ in 2013 for her role in The Walking Dead.

She enjoys singing, playing the piano, and doing Yoga.

She has dual U.S. and U.K. citizenship.

She was considered for the role of Helena Bertinelli/Huntress in the 2012 movie Arrow, but she turned down the offer due to date conflict with The Walking Dead. The role was later played by Jessica De Gouw.