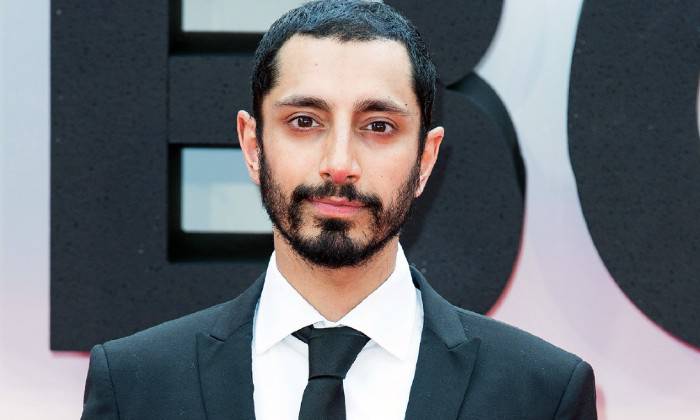 Riz Ahmed is an award-winning English actor and singer of Pakistani descent. He gained a lot of attention for his work in movies like Nightcrawler, Jason Bourne, Rogue One, Venom, and Mogul Mowgli. In 2021, he made headlines for becoming the first Muslim to receive an Academy Award nomination for Best Actor for his performance in the 2020 hit drama Sound of Meta.

On the television front, his credits include Dead Set, The Night Of, The OA, and Girls. He became the first Muslim and first Asian to win a lead acting Emmy for The Night Of. Also a singer, Ahmed has so far released several albums with the hip-hop group Swet Shop Boys, including the chart-topping Cashmere, The Long Goodbye, and Microscope.

Riz Ahmed was born into a British Pakistani family of Muhajir descent and grew up in London, England. His father is a shipping broker, his older brother, Kamran Ahmed, is a Psychiatrist and his sister is an attorney.

He attended Merchant Taylors’ School, Northwood, and earned his degree in PPE (Philosophy, Politics, and Economics) from the Christ Church, Oxford University, Oxford. He later enrolled at the Royal Central School of Speech and Drama, in Swiss Cottage, North London to hone his acting skills.

Riz Ahmed married novelist Fatima Farheen Mirza of Indian descent in 2020, and he revealed it during an interview in 2021. She is a graduate of the Iowa Writers’ Workshop and a recipient of the Michener-Copernicus Fellowship. She authored a book titled “A Place for Us”, which was published in 2018.

Riz Ahmed began his acting career back in 2006 when he landed the part of Shafiq Rasul in Michael Winterbottom’s docudrama film, The Road to Guantanamo. Riz’s star blew up when he landed a role in Dan Gilroy’s Nightcrawler. He played the role of Rick alongside Jake Gyllenhaal, which earned him critical acclaim and numerous award nominations.

From there, the actor has appeared in various major productions like Jason Bourne, Rogue One, Venom, and Sound of Metal. The latter earned him critical praise for his portrayal of Ruben Stone, a rock drummer who begins to lose his hearing opposite Olivia Cooke and Paul Raci.

For his performance in Sound of Metal, he has received Academy Award, Golden Globe Award, Screen Actors Guild Award, Bafta Award, Critics Choice Award, and Independent Spirit Award nominations. He is the first Muslim and Pakistani actor to be nominated for the Academy Award for Best Actor.

Riz’s acting hasn’t only been limited to TV shows and films, but he has also branched out to music. He’s a half of the hip hop duo Swet Shop Boys along with Heems and has released two albums – Microscope and The Long Goodbye.

He’s multifaceted that can sing, act and produce. He served as an executive producer of the critically acclaimed drama Sound of Metal as well as in the 2021 anime Flee. From movies to music, Riz has had his hand in a lot and his net worth reflects that. His 15-year long career in the entertainment industry has made him super-rich. Riz is currently estimated to be worth $3 million and the actor shows no signs of stopping anytime soon.

He’s the recipient of many prestigious awards, including one Primetime Emmy Award and London Film Critics’ Circle Award.

During his college days, he was part of a 12-person jazz-house/electronica band called Confidential Collective.

Riz founded his record label Battered Records in 2006 and the first song to be released on this label was the controversial hit song “Post 9/11 Blues”.