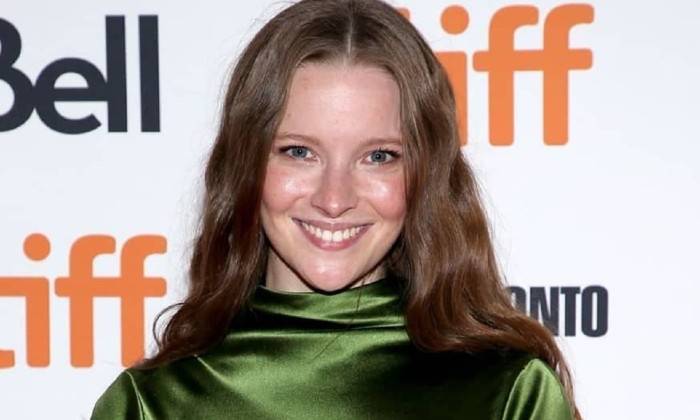 A school drop-out, Morfydd Clark is making it big in the acting scene over the past few years. After starting off on-stage, she would later move on to television and films where she has found a lot of success and has become one of the most promising and rising stars out there. Though the young beautiful actress is widely known for her role in the movie Saint Maud, she has also acted in various projects like His Dark Materials, Dracula, Pride and Prejudice and Zombies, and Crawl. Most recently Morfydd booked a prominent role in including Amazon’s upcoming Lord of the Rings prequel series.

Born in Sweden, she ended up moving to her parent’s native at age 2, where she was raised in Penarth, Wales. While there’s nothing much to say about her family as well as her childhood, her father is a “Northern Irish Glaswegian”, and her maternal side is from North Wales. She has a sister.

As a little girl, she suffered from dyslexia and ADHD, prompting her parents to take her out of school. She didn’t complete her schooling as she was not able to concentrate on her studies, however, she later enrolled at British Youth Music Theatre to study acting.

She also attended the National Youth Theatre of Wales and the Drama Centre London, but she dropped out from the latter during her final year to pursue a career in acting.

Morfydd Clark is known to be secretive when it comes to her private life. She hasn’t disclosed anything about her love life or dating history to the media.

Morfydd Clark has been acting for years now. She first got started when she won the role of Amelia in the 2014 TV mini-series New Worlds. She later found herself in multiple TV shows and films, playing a wide range of roles. That was pretty much a good start for an artist like her who already had her hand in acting in plays.

Though she was relatively late to the acting game, Clark has already acted in a ton of movies and TV shows, including the likes of Saint Maud, Pride and Prejudice and Zombies, and Crawl. The former earned her Best Actress nomination at the 2020 British Independent Film Awards as well as was nominated for the 2021 BAFTA Rising Star Award.

She’s also worked on various other projects such as Dracula, His Dark Materials, Eternal Beauty, Love & Friendship, and The Man Who Invented Christmas, to name a few.

Even though the exact worth of Morfydd Clark is unavailable right now, we can bet that Morfydd is swimming in dough.

She starred alongside Stephen Fry in the 2016 film Love & Friendship.

In 2018, she played Caroline Bell in the TV series The Alienist, which also starred Luke Evans.

She appeared in the 2019 film Eternal Beauty, starring Robert Aramayo.