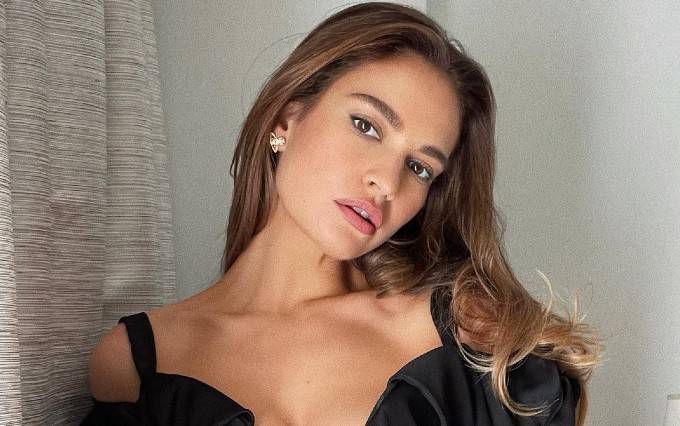 Lily Chloe Ninette Thomson, better known by her stage name Lily James, is a well-known British actress from Esher, Surrey, She started her acting career with theatre thereby appearing in several theatre productions, and began casting in Hollywood in 2012. Her portrayal of Cinderella in Disney’s 2015 film of the same name received rave reviews from critics making her name known to the world.

Lily James was born on the 5th of April 1989, in Esher, Surrey, England. She is currently 33 years old. Hailing from a family of performers, she is the daughter of Ninette Mantle, an actress, and James “Jamie” Thomson, a musician. She has two brothers, Charlie Thomson and Sam Thomson. She’s the granddaughter of popular actress Helen Horton.

James obtained her basic education from the Tring Park School for the Performing Arts. She then attended Guildhall School of Music and Drama in London and graduated in 2010.

Lily was in a relationship with Doctor Who fame Matt Smith from 2014 to 2019.

She had a brief relationship with an English actor Jack Fox in the past.

She is currently dating musician Michael Shuman. They sparked romance rumors after they were spotted kissing while leaving a hotel in February 2021.

She first appeared in the short film Chemistry as Ines in 2012. Lily has won accolades for her performances in films like Wrath of the Titans (2012) and Fast Girls (2012). She is also known for her title role in the 2015 release Cinderella. James also made her singing debut in the film’s end credits, covering “A Dream Is a Wish Your Heart Makes”.

She is best known for her role as Lady Rose McClare in Downton Abbey, a period drama that was aired on TV between 2012 and 2014.

She made her maiden TV entry as Ethel Brown in four episodes of the Just William series in 2010.

As of 2023, Lily James has an estimated net worth of $8 million dollars. She is one of the popular faces of Hollywood, who played the lady lead in the 2017 action film, Baby Driver.

Lily James actually went ent to audition for Anastasia, the stepsister of Cinderella but got the lead role in Cinderella.

She believes in women’s empowerment and feels good to see actresses who are healthy and curvy.

She has been named the next Keira Knightley.

Lily James won the Editor’s Choice award at the Harper’s Bazaar Women of the Year Awards in 2018.

In 2021, she played Peggy Piggott in Simon Stone’s film adaptation of The Dig, which is based on the 2007 novel of the same name by John Preston.

She has attracted an audience of over 3.5 million followers on Instagram.

In 2022, she starred in the miniseries Pam & Tommy as Pamela Anderson, which earned many nominations at different award events, including Primetime Emmy and Dorian Television Awards.