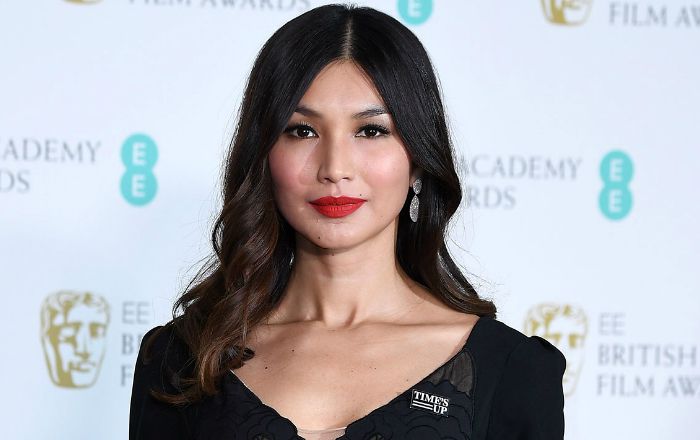 Who is Gemma Chan?

Gemma Chan is an English actress and model best known for her portrayals in both British TV shows and films. She played Charlotte in season 4 of the Showtime and ITV2 series Secret Diary of a Call Girl, Mia Bennett in the BBC’s Doctor Who “The Waters of Mars” and Soo Lin in Sherlock. She has appeared in films like Jack Ryan: Shadow Recruit, Fantastic Beasts and Where to Find Them, and Transformers: The Last Knight. Gemma has been cast to star Minn Erva in the 2019 film Captain Marvel.

Gemma attended Newstead Wood School for Girls in Orpington in the London borough of Bromley. She later obtained her degree in Law from Worcester College, Oxford.

Despite she secured a training contract offer as a graduate at the law firm Slaughter and May, she decided to pursue an acting career and joined the Drama Centre London to study acting.

Gemma Chan was in a relationship with comedian Jack Whitehall from 2011 to 2017. They announced their separation in September 2017.

Gemma Chan made her onscreen debut in the 2006 mystery-thriller “When Evil Calls,” starring as Molly Nelson.

Gemma was fist appeared on the reality series Project Catwalk as a contestant in 2006.

Chan has been affiliated with Investec Derby Festival, UNICEF, and Amnesty International in the past.

Best known for her roles such as Charlotte in season four of the Showtime and ITV2 series Secret Diary of a Call Girl, Ruth in Channel 4’s Fresh Meat, Mia Bennett in the BBC’s Doctor Who “The Waters of Mars” and Soo Lin in Sherlock.

She has also starred in Jack Ryan: Shadow Recruit.

Gemma Chan has a net worth of $6 million dollars.

Chan was raised near Sevenoaks, a town in west Kent, in South East England.

She worked as a model and appeared in several ad campaigns for Nokia, Nivea Visage and Selfridges to supplement her drama school training.

Gemma was also featured in several magazines including Elle, Cosmopolitan and The Sunday Times Style.

She learned ballet and how to play the violin when she was young.

Chan made her professional stage debut in the British Premiere of Bertolt Brecht’s last play Turandot at the Hampstead Theatre, London.

In July 2016, Chan voiced the character of Dewdrop in BBC One’s animated television series “Watership Down”.

She is set to appear in the film Captain Marvel alongside Brie Larson, Samuel L. Jackson, Ben Mendelsohn, and Djimon Hounsou.