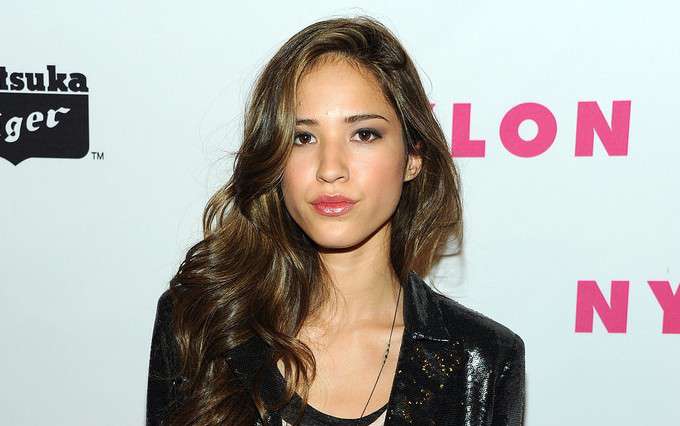 Kelsey Asbille is an accomplished actress hailing from Columbia, South Carolina, who has garnered so much fame for her film and television work. She made her breakthrough as Mikayla in the Disney XD sitcom Pair of Kings, and went on to gain prominence for her work as Gigi Silveri on the drama One Tree Hill and Tracy Stewart in MTV’s Teen Wolf. Further television roles include Charlotte on Splitting Up Together, Monica Dutton on Yellowstone, and Swanee Capps on Fargo. On the film front, Asbille has had roles in The Amazing Spider-Man, The Wine of Summer, and Wind River. She has been together with British actor William Moseley since 2012.

Kelsey Asbille is the daughter of Dr. James Chow, a Chinese, and Jean Chow, an American. She grew up with her two younger siblings: a brother, Forrest, and a sister, Kiersten.

Asbille studied at the Hammond School in Columbia, South Carolina. Afterward, she enrolled at Columbia University from where she majored in Human Rights.

Kelsey Asbille began dating English actor William Moseley in 2012. He is probably best known for playing Peter Pevensie in the film series The Chronicles of Narnia and Prince Liam in the E! series The Royals. The duo has been together since then.

She was linked to actors Hutch Dano and Ethan Peck in the past.

Kelsey began her acting career on stage, appearing in theatre productions. She made her television debut in 2005, starring as Gigi Silveri on THE WB sitcom One Tree Hill. Following her breakthrough, she appeared in a slew of TV shows and films. Her debut film was My Sweet Misery, where she played a minor role.

From 2010 to 2013, she starred in the Disney XD sitcom Pair of Kings as Mikayla, a role that earned a ton of fame and critical acclaim. She had a recurring role in the MTV teen drama Teen Wolf, co-starring alongside the likes of Tyler Posey, Crystal Reed, Dylan O’Brien, Tyler Hoechlin, and Holland Roden.

Her next major appearance was in the TV series Yellowstone. She plays Monica Long Dutton, Kayce’s Native American wife, and John’s daughter-in-law. On the show, she co-stars with Kevin Costner, Luke Grimes, Kelly Reilly, and Wes Bentley.

Asbille has starred in a plethora of films and TV shows over the course of her acting career. She’s got a pretty impressive resume with some major credits, including Teen Wolf, Pair of Kings, and Yellowstone. With all that being said, Kelsey Asbille has accumulated a whopping $3 million as net worth.

She made her acting debut at the age of 13.

She has featured in music videos for Bonnie McKee’s Sleepwalker and Hayley Kiyoko‘s Girls Like Girls.

In 2010, she co-starred alongside G. Hannelius in the Disney movie Den Brother.

Though she has been on social media, she’s not much active with her Instagram where she has some 185 thousand followers features only a video post.