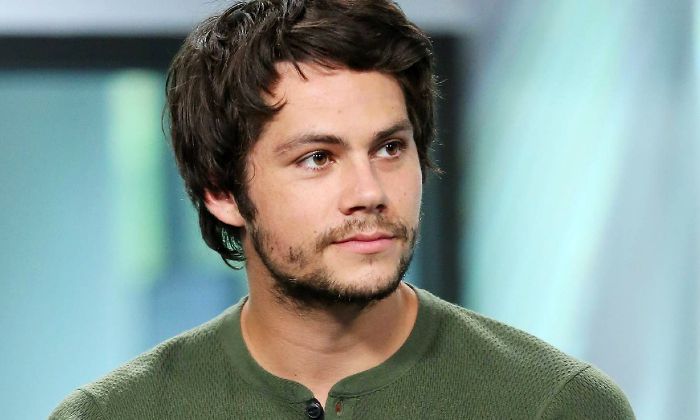 Dylan O’Brien is a breakout star from New York City, New York, who caught the spotlight for his role as Stiles Stilinski in the MTV television series Teen Wolf. Originally intended to show the world his photography skills by working behind the camera, he opted to pursue acting following the success of Teen Wolf. He became even more popular with the dystopian science fiction trilogy Maze Runner in which he played the role of Thomas starring Kaya Scodelario, Thomas Brodie-Sangster, and Patricia Clarkson.

Dylan O’Brien was born on the 26th of August 1991, in New York City, New York, the United States of America to Lisa (née Rhodes), a former actress who also ran an acting school, and Patrick O’Brien, a camera operator.

Dylan grew up with his older sister Julia O’Brien in Springfield Township, New Jersey. By the time he turned, the family moved to Hermosa Beach, California, where he attended Mira Costa High School.

After graduating from school in 2009, he decided to enroll at Syracuse University[ to study sports broadcasting but dropped his plans after he got interested in acting.

He launched his YouTube channel when he was just 14 years old and began uploading original videos made by him. One of his videos caught the attention of a local director and approached him to collaborate with him for a web series. During his time, Dylan got an opportunity to meet an actor who introduced him to a talent manager and eventually ended up as an actor.

Dylan O’Brien began dating actress Britt Robertson in 2012 during the filming of the movie The First Time, in which they worked together. They were in the news often during their relationship for various reasons. In early 2018, there have been reports doing rounds that they parted ways, which both parties confirmed in December of that year.

Following his breakup with Britt, he was rumored to be in a relationship with Chloe Grace Moretz, an actress known for Kick-Ass movies. However, there are no credible sources to confirm their relationship as they both opted to remain silent.

Dylan O’Brien got his start in Hollywood with Teen Wolf, a teen drama that aired on MTV from 2011 until 2017. He played one of the lead roles as Stiles Stilinski, starring Tyler Posey, Crystal Reed, Holland Roden, and Colton Haynes. The series, which is loosely based on the 1985 film of the same name, was a massive hit as well as witnessed a dramatic rise in viewership during its entire run.

His next major breakthrough came in 2014 when he was cast in the lead role in the dystopian science fiction film The Maze Runner. Also starring Kaya Scodelario, Thomas Brodie-Sangster, and Patricia Clarkson, Dylan reprised his role in the sequels Maze Runner: The Scorch Trials, and the final part Maze Runner: The Death Cure.

Most recently, he starred in movies The Education of Fredrick Fitzell and Love and Monsters as well as played a guest part in one of the episodes Amazing Stories.

As of 2022, Dylan O’Brien has accumulated a net worth of $7 million dollars. Although he has only appeared in a handful of movies, he has achieved a lot than his peers. His accomplishments as an actor are nothing short of inspiring and admirable.

He’s a huge fan of the New York Mets.

He used to be a drummer in the band called “Slow Kids At Play”.

Over the years, Dylan has received multiple Teen Choice Awards and MTV Movie Awards for his exceptional work in The Maze Runner and Teen Wolf.

He has a pet dog named, Maggie.

In 2016, Dylan has severely injured while performing a daring stunt during the filming of Maze Runner: The Death Cure. He eventually completed his part and the film was released in 2018.