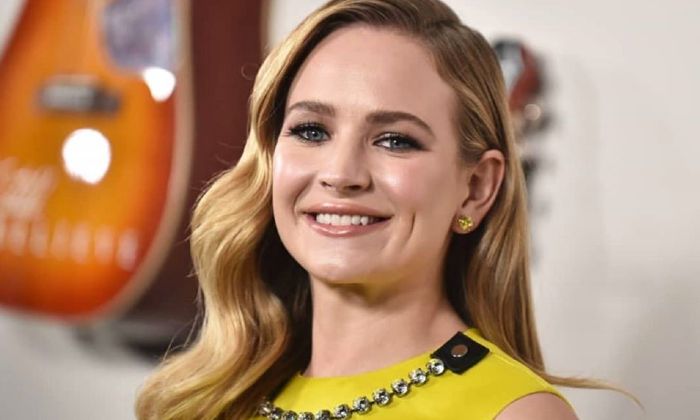 Brittany Robertson was born on the 18th of April 1990, in Charlotte, North Carolina, United States of America. She is currently 31 years old.

Britt Robertson is the oldest daughter of Beverly (née Hayes) and Ryan Robertson, a restaurant owner. Her parents divorced when she was young and both of them remarried later. She has six step-siblings, one brother and two sisters, from her mother’s remarriage and two brother and one sister from her father’s remarriage with stepmother.

She was homeschooled. Britt spent most of her early life in her hometown of North Carolina and moved to Los Angeles when she was 14 years old to try her luck in acting. She has been living on her own since the age of 16.

Britt Robertson has been dating Graham Rogers since 2018.

Britt Robertson made her feature film debut with the 2003 film, The Ghost Club, playing the role of Carrie. Her performance in the film received nomination for Young Artist Award for Best Performance in a TV Movie.

In 2000, Britt guest appeared on an episode of the television series Sheena.

Robertson’s major breakthrough roles include Lux Cassidy in Life Unexpected, Cassie Blake in The Secret Circle, and Angie McAlister in Under the Dome. From 2018 to 2019, she played Sandra Bell in the ABC legal drama series, For the People.

Britt Robertson’s net worth, as of 2023, is estimated to be $3 million dollars, earned from her successful acting career. She earned $30,000 dollars as salary per episode of The Secret Circle. She will likely enjoy a long and successful career thanks to her efforts at such a young age.

At such a young age, Britt has achieved huge success in her own right, thanks to her professional endeavors. Her incredible social media following speaks of her popularity in the entertainment industry.

She started off her professional acting career by performing at the Greenville Little Theater in South Carolina.

She moved to Los Angeles with her grandmother at the age of 14 and took her to auditions for the first few years.

Britt was included in The Nylon Magazine’s list of “55 Faces In The Future”.

She is good friends with actress Mahaley Manning.