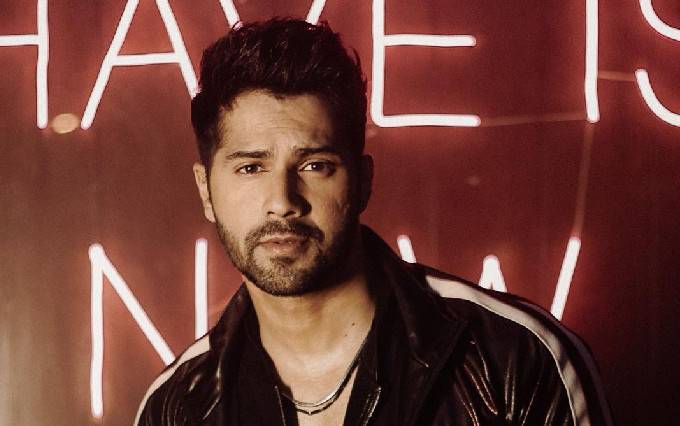 Varun Dhawan is a Bollywood sensation who rose to fame following his 2012 debut venture Student of the Year, directed by Karan Johar. He is the son of the renowned filmmaker David Dhawan while his elder brother Rohit Dhawan is also a film director. Before acting, he worked as an assistant director in Karan Johar’s terrorist drama My Name is Khan in 2010.

Varun established himself as a promising actor in Bollywood by delivering successful box office outings like ‘Humpty Sharma Ki Dulhania’ in 2014 and the dance film ABCD 2 in 2015. Besides acting, Dhawan has hosted a half dozen Award ceremonies, including Stardust Awards, 59th Filmfare Awards, and the 20th Screen Awards. Though he has acted in less than a dozen movies, most of them are big grosses at the box office and have earned him millions of fans around the world.

Varun Dhawan was born on the 24th of April 1987, in Mumbai, Maharashtra, India. He is currently 35 years old.

Varun Dhawan is the youngest of two children to Indian parents David Dhawan and Karuna Dhawan. His father is a film director while his mother is a homemaker. He has an older brother named, Rohit Dhawan, who is also an actor. Actor Anil Dhawan is his uncle.

He completed his schooling at Bombay Scottish School, Mumbai, and HSC in H.R. College of Commerce and Economics. He graduated with a degree in Business Management from the Nottingham Trent University, United Kingdom.

Varun Dhawan is currently in a romantic relationship with his childhood friend Natasha Dalal, who is a fashion designer. He also dated co-student Sara when he was in the US. They tied the knot on January 24, 2021.

Karan Johan debuted Varun in his 2012 romantic comedy film Student of the Year in a role called Rohan Nanda alongside Sidharth Malhotra and Alia Bhatt.

Besides acting, he has appeared in many television commercials like Pepsi, Panasonic smartphone, and Nestle Fruita Vitals alongside Alia Bhatt.

Varun is also the brand ambassador of Gatsby.

This young rising star in Bollywood has an estimated net worth of $16 million US dollars. He made such a fortune at a young age that comes from his appearances in movies, advertisements, brand endorsements, and personal investments. Varun gets around Rs 8 – 10 crores per film as remuneration.

Varun has a great sense of taste for cars and bikes. He owns an Audi Q7, Royal Enfield Classic 500cc and a Polaris Sportsman 850 quad bike. He resides in a posh house located in Mumbai and also owns several real estate properties around the city.

Varun worked as a leaflet distributor for nightclubs while pursuing his graduation in the US.

His debut film ‘Student of the Year’ became huge success at the box office for which he won Lion Gold Favorite Debut Award in 2013.

Varun is a hardcore foodie who loves chicken amongst the non-veg food.

He has also released his fitness DVD, which was choreographed by Remo D’Souza.

In 2013, Dhawan performed at a special event alongside Malhotra, Alia Bhatt, Aditya Roy Kapur, Shraddha Kapoor and Huma Qureshi to raise funds for the flood-affected victims of Uttarakhand.

Apart from acting, Varun used to perform on stage and co-host award ceremonies.

Most recently, he starred in films such as Street Dancer 3D, Coolie No. 1, Jug Jugg Jeeyo, Bhediya, and Bawaal.