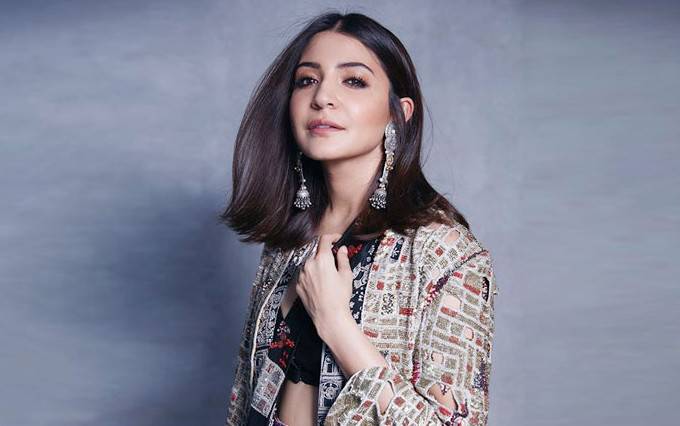 One of the young vibrant faces of Bollywood, Anushka Sharma is a model-turned-actress and the most sought-after actress in the industry. She is amongst the highest-paid and the most prominent actresses in Bollywood.

In addition, she is also a high-profile celebrity endorser who has several lucrative endorsement deals in her kitty. The animal-loving person also supports various charities, and no wonder, why she is Virat Kohli’s love interest. Her acting credits include Rab Ne Bana Di Jodi (2008), Band Baaja Baaraat (2010), Jab Tak Hai Jaan (2012), Dil Dhadakne Do (2015), Ae Dil Hai Mushkil (2016), and Sui Dhaaga (2018). As of 2022, Anushka Sharma has a net worth of $16 million dollars.

Anushka Sharma was born on the 1st of May 1988 in Ayodhya, Uttar Pradesh, India. She is currently 34 years old.

Grew up in Bangalore, Sharma attended Army School in Bangalore and graduated with a degree in arts from Mount Camel College.

She aspired to a career in modeling and joined the Elite Model Management. Style Consultant Prasad Bidapa groomed her. During her pursuit in modeling, she took acting courses and subsequently landed film offers.

Anushka Sharma and Indian cricketer Virat Kohli first met during the shooting of an ad film and love blossomed between the two. They have been dating since 2013. In early 2016, there were reports that the couple broke off, but they reconciled a while later and since then, they were together. The couple married on 11 December 2017 in a private ceremony in Florence, Italy. The couple welcomed their first child, a girl, Vamika, on 11 January 2021.

Ranveer Singh – Anushka briefly dated Bollywood actor Ranveer Singh in 2010. They both met on the sets of Band Baaja Baaraat, a 2010 film.

In 2007, Sharma made her runway debut at the Lakme Fashion Week for designer Wendell Rodricks’s Les Vamps Show and was picked to be his finale model at the Spring Summer 2007 Collection.

She didn’t appear in television series. Though, she has been featured on promotional talk shows.

Anushka has an estimated net worth of $16 million as of 2022. She charges a hefty amount per film, making her one of the top-paid actresses in Bollywood. Her source of income includes film remuneration, endorsement deals, producing movies, modeling, and personal investments. Anushka was ranked #33 on Forbes’ Celeb 100 list and #33 on the Fame Rank list.

The budding actress lives with her family in a plush 3BHK flat at Panch Vatika apartments in Yari Road. She also bought three luxurious flats worth Rs 10 crore in the popular Badrinath Towers in Mumbai. She is planning to move out there with her family. She also spent a handsome of money to decorate the flats.

It’s obvious that Anushka lives a luxurious life which is evident in her cars. And, she is a huge fan of exotic cars. She owns four luxury cars, including a black Range Rover Sport SUV, a black Mercedes, and two luxury cars from brands like Audi and BMW.

After her graduation, she moved to Mumbai to pursue a career in modeling. She has walked the runway for many famous designers and fashion houses.

She has an elder brother, Karnesh Sharma with whom she launched a production company called Clean Slate Films.

Anushka intended to become a renowned model, but her career took a swift turn when she was auditioned for a role in the film, Rab Ne Bana Di Jodi (2008).

Even though she is a non-vegetarian lover, she turned vegetarian in 2015. She was named “hottest vegetarian of 2015” by PETA.

Sharma had won many awards for her performances in the movies such as Zee cine awards, lions golds awards, IIFA, Stardust Awards, Filmfare awards, and others.

In 2014, She took facial plastic surgery to enhance her looks.

In October 2015, Anushka Sharma launched ‘Pawsitivity’, a campaign aimed at sensitizing people about the adverse effects of noise, air, water, and soil pollution on animals.

In October 2017, she launched her own clothing line called Nush in partnership with Myntra.

In 2018, Sharma was included in Forbes Asia’s 30 Under 30 list as well as in Fortune India’s “50 Most Powerful Women in Business”.