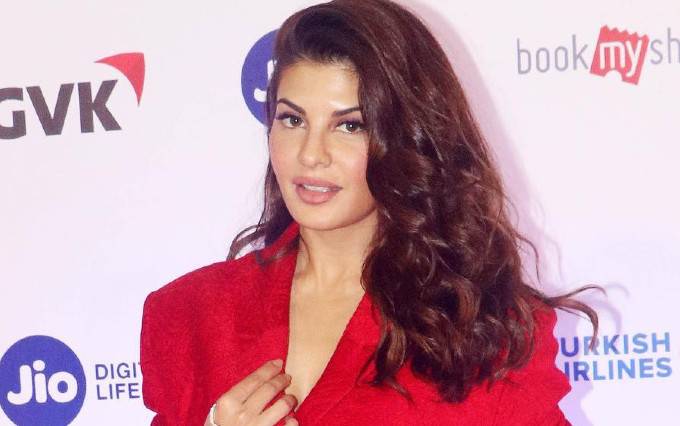 Jacqueline Fernandez is a Sri-Lankan actress who is best known for her starring roles in Bollywood films such as the psychological thriller “Murder 2”, in which she played the character Priya, a comedy film, “Housefull 2” for her role as Bobby Kapoor, and the action thriller film, “Race 2” as Omisha. Furthermore, she became even more popular with roles in movies such as Kick, Housefull film series, and Judwaa franchise. She was named Miss Universe Sri Lanka in 2006. She has her own clothing line called Just F.

Jacqueline Fernandez was born on the 11th of August 1985, in Manama, Bahrain. She is currently 37 years old.

Jacqueline Fernandez is the daughter of musicians Elroy Fernandez and Kim Fernandez. She is the youngest of four siblings with one older sister and two older brothers, including Warren Fernandez. Growing up, she experienced different cultures and traditions, as her family is multi-ethnic with her father being a Sri Lankan Tamilian, and her mother having Malaysian ancestry. Her maternal grandfather is Canadian.

Jacqueline Fernandez received her primary school education from Sacred Heart School, Bahrain. She then moved to Australia to pursue her higher studies as she was offered a scholarship to study Mass Communications at the University of Sydney, Australia. She studied Spanish, French, Arabic at the Berlitz School of Languages.

Jacqueline started dating Shaikh Hassan Bin Rashid Al Khalifa of the Bahraini royal family in 2008. They both knew each other since their childhood, however, the relationship lasted for only three years, eventually ending in 2011.

She then dated director Sajid Khan from 2011 to 2013. They both got romantically involved during the filming of Housefull 2 in 2011. They started dating but this relationship also didn’t last long as Sajid began to interfere in her personal life like what she should do and what movies she should act in. Eventually, their relationship ended in May 2013.

In November 2021, she sparked dating rumors with conman Sukesh Chandrasekhar after a couple of photos of them kissing surfaced online. There were also reports that she received gifts worth crores from him, including an INR 52 lakh horse. Around the same time, she was linked to a money laundering case involving $200 million and was eventually questioned by the Enforcement Directorate (ED).

Fernandez first appeared in a Sri Lankan music video before entering the film industry. The song became an instant hit that gained her fame and popularity.

In 2009, She starred in a Bollywood film called “Aladin” alongside Ritesh Deshmukh, Amitabh Bachchan, Sanjay Dutt. The film marked her debut in the industry.

Before becoming a beauty pageant, Fernandez worked as a television reporter in Sri Lanka. and hosted many television shows. She appeared in the dance reality show, Jhalak Dikhhla Jaa 9 as a judge from 2016 to 2017.

She has endorsed many reputed brands like Snapdeal, HTC One, The Body Shop, and a Dubai-based health drink brand.

Fernandez has earned herself a name in the entertainment industry making her one of the highest-paid and wealthiest actresses in Bollywood. Her growth in the entertainment industry is immeasurable in the recent few years swelling her net worth. As of 2023, Jacqueline Fernandez has a net worth of $9 million dollars, of which most of her wealth comes from movies, modeling, lucrative brand endorsement deals.

She is crazy about exotic cars and she owns the finest collection of cars from famous brands including a Mercedes-Benz Maybach S500, a BMW Series 3, and an Audi Q7. She lives in an expensive three-bedroom apartment in the posh area of Bandra, Mumbai, Maharashtra.

Jacqueline Fernandez developed an interest in acting at a tender age. She used to host TV shows in Bahrain at the age of fourteen.

After returning to Sri Lanka, she joined the media as a television reporter. Meanwhile, she also studied acting at the John School of Acting.

As a model, she sued to participate in various beauty pageants. In 2006, she won the Miss Universe Sri Lanka pageant and represented Sri Lanka at the world Miss Universe 2006 pageant held in Los Angeles.

She landed a role in a Bollywood film called Aladin in 2009, which was directed by Sujoy Ghosh when she came to India for a modeling assignment. For her work in the film, she won the IIFA Award for Star Debut of the Year – Female.

She is an animal lover. In 2014, she was named “Woman Of The Year” by PETA (India) for promoting and advocating animal welfare.

In 2014, she along with chef Dharshan Munidasa launched a restaurant in Colombo, Kaema Sutra, which specializes in contemporary Sri Lankan cuisine.