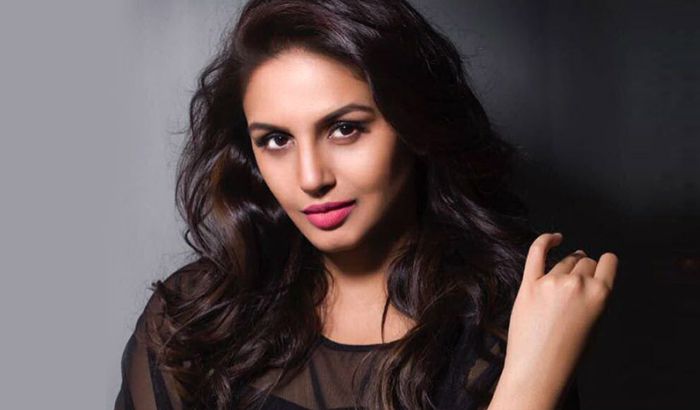 Huma Qureshi is an Indian actress and model, who is known for her role as Mohsina in the crime drama franchise, Gangs of Wasseypuer – Part 1 and Part 2. She collectively received several awards for her role in the film including BIG Star Entertainment Awards and two Filmfare Awards nominations. Mostly known for her works in Bollywood films, Qureshi has got her hands in South Indian language movies as well, including the Tamil-language movie Kaala, in which she starred opposite Rajinikanth. Her film credits include Shorts, Dedh Ishqiya, Badlapur, Highway, Jolly LLB 2, Dobaara: See Your Evil, and Monica, O My Darling.

She was born to Muslim parents Saleem Qureshi, a restaurateur who runs a chain of restaurants (Saleem’s), and Ameena Qureshi, a housewife. Her mother is a Kashmiri. She has three brothers, Saqib Saleem (Actor), Naeem Qureshi, and Haseen Qureshi.

After completing her schooling, Qureshi attended Gargi College – the University of Delhi from where she graduated with a bachelor’s degree in History Honours. She learned acting from the Act 1 theatre group and appeared in a number of stage plays during her time with the group.

Though there aren’t any confirmed reports about her current relationship status, the Delhi babe has a fair share of affairs with high-profile celebrities, such as  Sohail Kahn, Anurag Kashyap, Arjan Bajwa, Sahid Kapoor, and Abishek Chaubey.

Qureshi made her feature film debut with a supporting role in Anurag Kashyap’s critically acclaimed crime drama franchise Gangs of Wasseypur – Part 1, in which she played the role of  Mohsina, wife of a criminal. The film opened to positive reviews where her performance received a rave response.

In 2017, she appeared in a British-Indian historical drama film known as Viceroy’s House as Aalia, marking her debut in English films.

In 2012, she made her small screen debut as Nati Hussaini in the daily soap opera, Upanishad Ganga.

She played Shalini in the dystopian drama television series Leila in 2019.

As of 2023, Huma Qureshi has an estimated net worth of $3.5 million US dollars. She charges somewhere between Rs 2 – 4 crores per film as salary.

Prior to acting, she was well received as a model, who had associated with big names in the Bollywood industry like Aamir Khan and Shah Rukh Khan for TV commercials.

Her acting abilities were discovered by  Anurag Kashyap during a shoot of an ad film for Samsung Mobiles. He introduced her in his film as he promised, a role that had entirely changed her life.

Her father owns an eponymous chain of restaurants in Delhi.

Huma did an item in the 2011 British-Swedish-Indian drama film, Trishna.

Her favorite thing is shopping.

In 2012, she was honored at the 2012 Indian Film Festival of Los Angeles for her performance as the titular character in the short film Sujata.

There’s a restaurant called Vatika in Uttar Pradesh, which serves a dish named after her.

If not an actress, she would have been a chef.

In 2019, she made her web series debut with the dystopian drama Leila and played the protagonist Rani Bharti, wife of Bihar’s chief minister Bheema, in the SonyLiv web series Maharani.