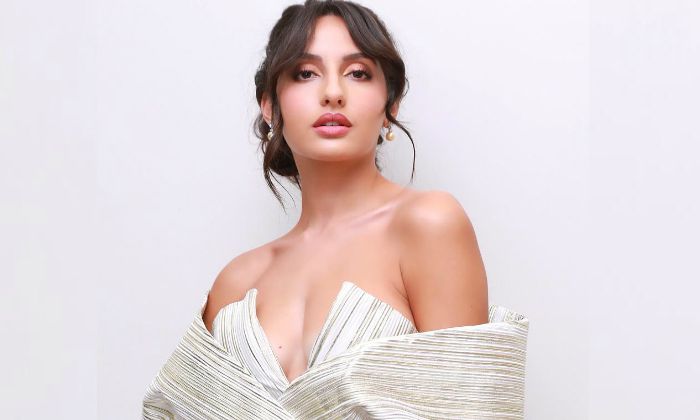 Nora Fatehi is a Canadian actress and an accomplished belly dancer who is widely known for her works in Bollywood films like Roar: Tigers of the Sundarbans, Crazy Cukkad Family, and My Birthday Song. In addition to acting, she has proved her mettle in dancing with special appearances in dance numbers in films like Temper, Baahubali: The Beginning, Oopiri, Satyamev Jayate, and Kayamkulam Kochuni.

Nora Fatehi was born on the 6th of February 1992, in Quebec City, Quebec, Canada. She is currently 30 years old.

Talking about her family and education, she hasn’t disclosed anything about her personal life to the media. Her father is of Moroccan descent while her mother is of Indian origin. She has a younger brother named Omar.

Fatehi attended Westview Centennial Secondary School in Toronto. She then enrolled at York University in Toronto, however, she didn’t complete her degree and dropped out in pursuit of her acting ambition.

Nora Fatehi was in a brief relationship with Indian actor Angad Bedi before they broke up. Her ex-boyfriend Bedi married actor Neha Dhupia in May 2018.

Previously, she was romantically linked up with bodybuilder Varinder Ghuman and actor Prince Narula.

Nora Fatehi’s first onscreen appearance came in 2014, playing CJ in the Hindi action-adventure film, Roar: Tigers of the Sundarbans. Unfortunately, the film didn’t do well at the box office but her performance in the film received critical appreciation.

Nora made her small screen debut in December 2015 when she competed in the ninth season of the reality show, Bigg Boss, hosted by Bollywood superstar Salman Khan. She entered the show as a wild card contestant and barely lasted for three weeks until she got evicted in the 12th week of the show.

Her popularity is attributed to her immense following on social media. She has garnered over 3.2 million subscribers on her self-titled YouTube channel.

She has endorsed an array of brands and products ever since she ventured into the glamour industry. Some of her affiliations include Nacho Chips, Everyuth Naturals, Confluence, OnePlus India, Shaze, Adidas, among others.

In addition to her native language, English, Nora is fluent in Arabic, French, and Hindi. She can also be able to manage with some South Indian languages while working with stars down the South.

Interestingly, she is the first person from her family to be indulged in the creative industry. Her inclination towards art and theatre came at a very young age and she used to perform at home watching online videos.

Nora is an accomplished dancer although she did not take formal dance lessons. She taught herself how to dance by watching online tutorials and became proficient in belly dancing.

As a teenager, she signed with Orange Model Management to pursue modeling. She came to India on modeling assignments as a part of the contract and kick-started her career by appearing in commercials.

She loves traveling and reading.

Nora Fatehi stormed the internet with a viral video in which she was seen belly dancing to the 1990 song ‘Dilbar.’ The video garnered over 20 million views in less than 24 hours of being released and went on to become the fastest video to get 100 million views on YouTube.

She has also mastered acrobatics and mixed martial arts, which she taught herself.

In 2017, she appeared in a Hardy Sandhu music video.

In February 2019, she signed a contract with the record label T-Series as an exclusive artist and will feature on their upcoming films, music videos, web series, and web movies