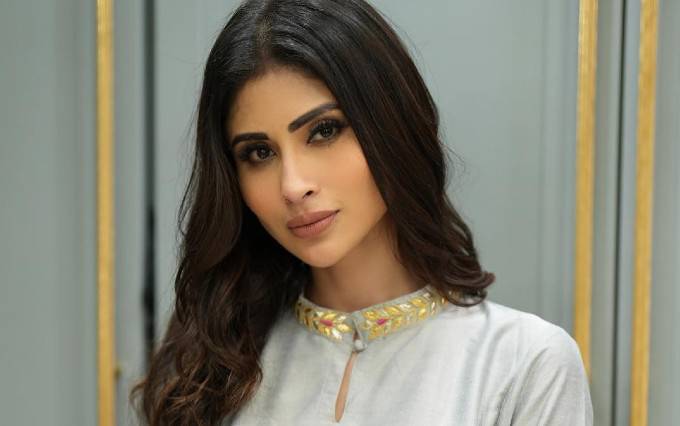 Mouni Roy is one of the elite actresses and a widely recognizable face in the Indian television industry. She first rose to prominence with her portrayal of Shivanya Ritik Singh and Shivangi Rocky Pratap Singh in the supernatural series, Naagin. She is also very popular for her roles as Krishnatulsi in Kyunki Saas Bhi Kabhi Bahu Thi and Sati in Devon Ke Dev…Mahadev. The 37-year-old damsel is also a trained Kathak dancer. She made her feature film debut in 2011 as Sahiban in the Punjabi film Hero Hitler in Love opposite Babbu Maan. Apart from films and TV series, she has also appeared in various reality shows like Zara Nachke Dikha, Jhalak Dikhhla Jaa 7, and Dance India Dance Li’l Masters 5. Her other notable acting credits include Junoon – Aisi Nafrat Toh Kaisa Ishq, Brahmāstra: Part One – Shiva, London Confidential, and Sshhh… Phir Koi Hai- Trittya. Here’s absolutely everything there is to know about Mouni Roy.

Mouni Roy was born on the 28th of September 1985, in Cooch Behar’s Gandhi colony, West Bengal in a Bengali family. She is currently 37 years old.

Mouni Roy is the daughter of Cooch Behar Zilla Parishad, a former office superintendent, and Mukti, a theatre artist. She has a brother named Mukhtar Roy. Her grandfather, Shekhar Chandra Roy was a famous Jatra theatre artist.

She attended Kendriya Vidyalaya in Baburhat, Cooch Behar. She then enrolled in the Jamia Millia Islamia University affiliated to Delhi University in Miranda House to study English Honours Course in Mass Communication. But she dropped out of college in her sophomore year and moved to Mumbai to pursue a career in acting.

Mouni was romantically linked with actor Gaurav Chopra, best known for his appearance in Bigg Boss 10. They began dating each other after they became contestants in a reality show, Pati Patni Aur Woh but their relationship lasted only for two years. The couple broke off citing personal issues but were still on good terms.

She has been in a relationship with her alleged boyfriend Mohit Raina since 2012. They both first met on the sets of the mythological show Devon Ke Dev Mahadev. The couple has never spoken about their relationship publicly. In February 2019, Mohit revealed that he had never dated the Naagin star and went on to say that he hopes to get married by the end of this year or early next year.

Mouni Roy and Dubai-based businessman Suraj Nambiar have been romantically linked to each other since 2019. Though she initially denied the romance rumors, she later made her relationship with Suraj official in early 2022. Following this, the couple got married in traditional Malayali and Bengali ceremonies in Panaji, Goa.

Roy played the role of Krishnatulsi in the 2007 Indian soap opera Kyunki Saas Bhi Kabhi Bahu Thi, which marked her entry into the television industry. The series went on to air for two years on Star Plus. Since then, Roy has appeared in dozens of series.

She has appeared in television commercials and print ads like Tulsi Hair Oil.

Roy has an estimated net worth of $1.5 million as of 2023. She is one of the highest-paid actresses in the industry and draws a hefty cheque in every project she stars in. Mouni Roy is also one of the richest celebrities in showbiz and the most sought-after artist in the business. Roy lives with her family in an exquisite luxury home in the posh area of Mumbai. She owns a white Mercedes Benz.

Mouni Roy has acting running in her blood since her grandfather Shekhar Chandra Roy was a famous theatre artist in West Bengal.

She worked as a choreographer during her college days.

Roy is a trained Kathak dancer as well as a Ballerina dancer.

Sanjeeda Sheikh is her Bestie who is also a famous actress in the television industry.

Roy describes herself as a foodie and travel freak. She also loves reading books and dancing.

Mouni loves to dress up in Western wear – skirts, and shorts. And she looks super beautiful and hot in them.

She has received a handful of awards during her stint in acting including a Star Parivaar Award, a Golden Petal Award, and an Indian Telly Award.

Mouni Roy has given a voice-over for the role of Sita in an animated film, Mahayodha Rama.

She has also hosted the dance show “So You Think You Can Dance” and participated in the seventh season of the dance reality show Jhalak Ja.

In 2019, she was awarded the Most Stylish Personality by Lions Gold Awards.

She is the co-founder of the education app Ultimate Gurus.