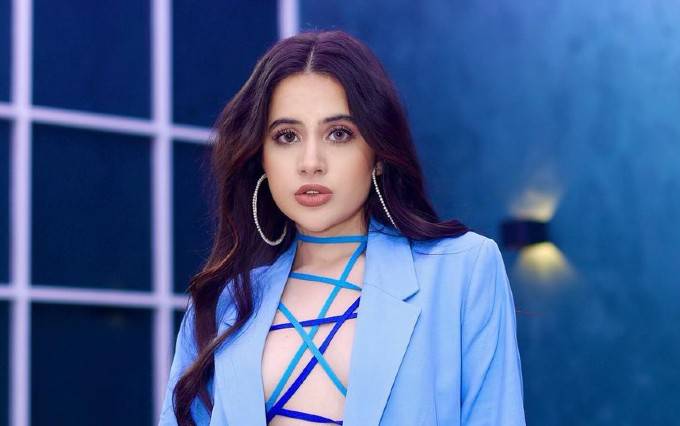 Urfi Javed is an Indian actress and television personality. Though she’s just 24, Javed has managed to already accrue a tremendous amount of success and forge herself a place in the entertainment industry. Her rise to stardom is pretty fast, considering that she only became famous in 2021 after appearing on Bigg Bos OTT. She made her mark in the entertainment industry in 2016 when she portrayed Avni Pant on Sony TV’s Bade Bhaiyya Ki Dulhania. She has since starred in a number of TV series, including Chandra Nandini, Meri Durga, Bepannaah, Daayan, and Aye Mere Humsafar. Apart from onscreen appearances, she is extremely popular across social media platforms, with over 3 million followers on Instagram alone. And, those numbers came very quickly. She often makes headlines for her bold and bizarre fashion choices that would either go viral or end up as troll material. Whatsoever, Urfi Javed knows how to glam up and stay in the spotlight. Here’s everything you need to know about Urfi Javed.

There’s not much known about her family or her parents. Her mother’s name is Zakiya Sultana. She has four siblings, including a brother named Sameer Aslam and two sisters Asfi Javed and Dolly Javed.

Although being a Muslim by birth, Urfi never had faith in the religion. She’s not practicing Islam right now.

Urfi Javed had a short-lived relationship with actor and model Paras Kalnawat. They began dating soon after they met on the sets of the television soap Meri Durgo but broke up a few months later in 2018.

Urfi Javed made her acting debut as Avni in Bade Bhaiyya Ki Dulhania.

She portrayed the role of Princess Chhaya on Star Plus’s Chandra Nandini from 2016 to 2017.

Urfi moved out of her family during college and started living in Delhi. She worked in a call center to provide for herself and her sisters she took along with her. She then worked as an assistant to a fashion designer and it was during this time that she got inclined toward the entertainment industry.

Urfi Javed is mostly recognized for her provocative outfits and she uploads a ton of them to her Instagram page. She continues to make headlines for her choices of outfits, for which she has been trolled on social media.