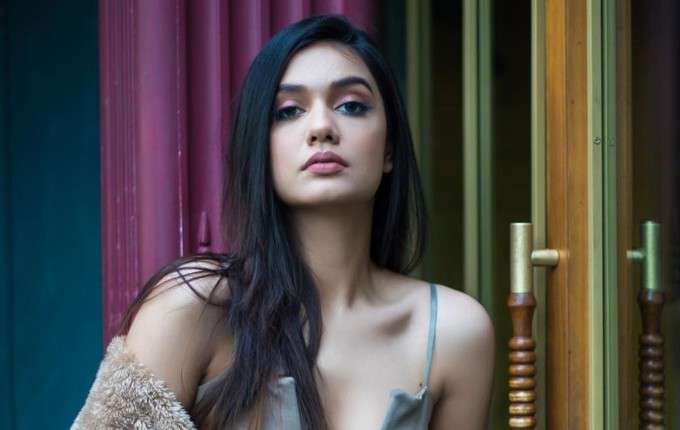 Divya Agarwal is an Indian dancer, actress, model, and television personality who made her mark in the television space with the reality TV show Splitsvilla season 10 on MTV. She quickly became the most sought-after performer on television, appearing on TV shows like Box Cricket League 3, MTV Ace of Space 1, and Roadies: Real Heroes.

On the heels of the success of reality TV show appearances, Divya ventured into the web series space by starring in Puncch Beat and Ragini MMS: Returns. She has also appeared in a number of music videos including Suyyash Rai’s “Fitrat”. She has over 3.2 million followers on her Instagram page. In 2021, she appeared in the famous reality show BiggBoss, which is an OTT exclusive, and won the title of BiggBoss OTT

Divya is the only daughter of Sanjay Agarwal and his wife Rosy Agarwal. She grew up with his brother Prince Agarwal in Mumbai. She lost her father to Covid-19 in 2020 and they were both close to each other.

She attended St. Xavier’s High School and later studied journalism at Sanpada College of Commerce and Technology, Sanpada, Navi Mumbai. She got interested in dance at an early age and was trained at Terence Lewis Dance Academy.

Divya has been in a relationship with actor Varun Sood since 2018. Varun is best known for MTV Roadies. They both participated in Roadies: Real Heroes and MTV Ace of Space. Divya and Varun made their relationship public in 2019 and have been sharing their cozy pictures on their social media since then.

She previously dated Priyank Sharma during their stint on MTV Splitsvilla X. They broke up shortly after the show.

Thanks to her various career choices, Divya Agarwal has been swimming in dough. She is paid heftily for her appearances on TV shows and other projects she works in. As of 2022, Divya has an estimated net worth of $1 million dollars. Divya is likely to keep having a thriving career as she continues to share her talents with the world.

She has been a dancer for several years now and has won several dance competitions.

She has her own dance academy called Elevate Dance Institute.

Divya was a former beauty queen. She has won various beauty pageants, including Miss Navi Mumbai in 2015 and the Indian Princess pageant in 2016. That same year, she bagged the title of Miss Tourism International.

Her early claim to fame was MTV’s Sportsvilla 10. She competed in the 10th season of the dating reality show, where she was named the runner-up.

Her major acting debut came in 2019 when she landed the lead role in the famous Ragini MMS: Returns web series, starring opposite her boyfriend Varun Sood.

She has worked as a choreographer for several ad films, music videos, and even for international sports, including the IP! 2010.

Divya broke up with her ex-boyfriend Priyank Sharma in a 2017 dramatic episode of Bigg Boss. She entered the house as a guest and after some drama, they both announced that they are breaking up.

In 2019, she was ranked sixth on Times of India’s Top 20 Most Desirable Women On Indian Television List and dropped down to nineteenth in 2020.

In 2021, she was cast as Grissy in the action-drama web series Cartel.