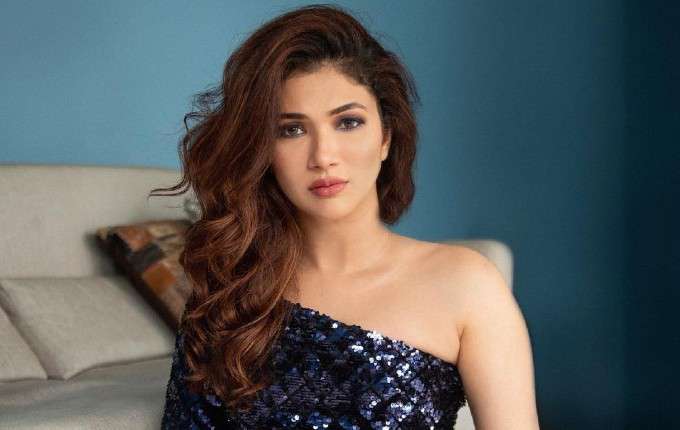 Ridhima Pandit is an Indian actress and model. She became famous after playing a humanoid robot in Life OK’s sitcom Bahu Hamari Rajni Kant. In the last few years, she has been a part of major TV shows, establishing a name for herself in Bollywood.

Pandit is also most widely known for several other acclaimed small screen appearances, which include parts in Fear Factor: Khatron Ke Khiladi 9, Khatra Khatra Khatra, and Haiwaan: The Monster. In 2021, she participated in Bigg Boss OTT, a reality show that streams on the Voot streaming platform. Though she was late to the acting game, she has quickly become popular in the entertainment industry. The gorgeous actress has a lot to offer, and keep reading on to learn more about her career endeavors and personal life.

Very little is known about her family life right now. She was born to a Maharashtrian father and a Gujarati mother. Her mother’s name is Jayshree. She has a sister named Ragini Pandit. Her mother passed away in April 2021.

While she has not revealed anything about her education or her early life, it appears that she became interested in modeling at a young age. She worked as a model and during her stint as a model, she modeled for brands like Dove, Veet, and Sunsilk.

The young gorgeous actress doesn’t talk much about her romantic life and usually keeps the romantic aspect of her life to herself. It is reported that she has been in a relationship with Eshaan Roshan, who is the cousin of Hrithik Roshan. He works as an assistant director.

Ridhima Pandit burst onto the acting scene in 2016 with the acclaimed TV series Bahu Hamari Rajni Kant that aired on Life OK from 2016 to 2017. On the show, she was seen playing the role of Rajni Kant, a super humanoid robot, and quickly became a household name. Thanks to the success of the role, she gained a large social following and earned a Zee Gold Award for Best Debut as well.

In 2021, she became a part of the reality show Big Boss OTT, which also stars Divya Agarwal, Shamita Shetty, Akshara Singh, Neha Bhasin, and Urfi Javed, among others. The show will stream on Voot Select for the first six weeks and then will air on Colors TV.

She stared ou as a model, appearing in television commericals and print ads for Sunsilk, Fair & Lovely, Dove, Harpic, and Veet.

Ridhima made her acting debut with the TV series Bahu Hamari Rajni Kant.

In 2017, she hosted the dance competition reality show Dance Champions.

She once was an artist manager for actor Sonu Sood.

Ridhima appeared along actress Katrina Kaif in a TV commerical.