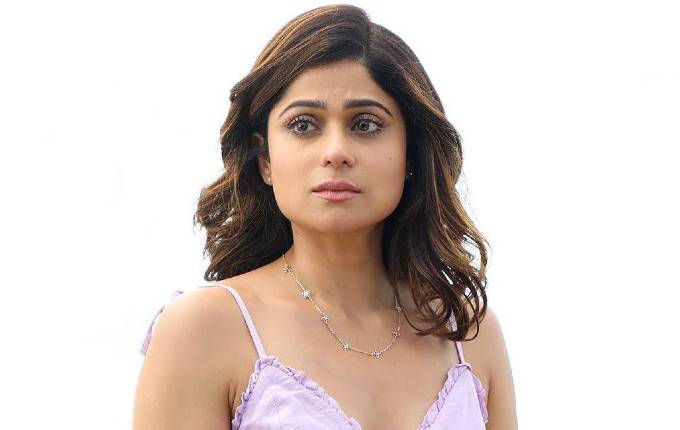 Shamita Shetty is an Indian actress and reality TV star who is best known as the sister of actress Shilpa Shetty. She rose to prominence with her portrayal of Ishika Dhanrajgir in her debut film Mohabbatein, for which she won the IIFA Award for Star Debut of the Year.

From there, the beautiful actress went on to star in a number of acclaimed projects, including Zeher, Cash, Bewafa, and Black Widows. In addition, Shamita has been a part of reality TV shows like Bigg Boss 3, Jhalak Dikhhla Jaa 8, and Fear Factor: Khatron Ke Khiladi 9. In 2021, she appeared in Bigg Boss OTT alongside Divya Agarwal, Neha Bhasin, and Ridhima Pandit.

Shamita Shetty is the youngest of two children of entrepreneurs Surendra Shetty and Sunanda Shetty. Her parents own a pharmaceutical company that manufacturers tamper-proof water caps. She has an older sister Shilpa Shetty, who is an actress.

For her education, she attended St. Anthony’s Girls’ High School, Mumbai, and then earned her Commerce degree from Sydenham College, located in Mumbai.

She was previously in a relationship with someone in the industry and admitted that she had a romantic past with a man in an interview with a daily but she didn’t reveal his identity. She was also rumored to be dating actor Harman Baweja in the past.

Shamita Shetty came into the limelight in 2000 after she was cast in 1Aditya Chopra’s Mohabbatein. The film did well at the box office and received praise from the audience and critics alike. She starred alongside big names like Amitabh Bachchan, Shah Rukh Khan, and Aishwarya Rai. She played the role of Ishika, which earned her the 2001 IIFA Award for Star Debut of the Year – Female.

In a career spanning over two decades, Shamita has appeared in several films and TV shows. She took a break from acting in 2011 and returned to showbiz with the TV show Jhalak Dikhhla Jaa 8 and finished as the second runner-up.

Shamita appeared as a contestant on Bigg Boss Season 3 but left the show midway to attend her sister Shilpa’s wedding. She returned to the show again in 2021 as a contestant, competing against the likes of Divya Agarwal, Neha Bhasin, and Ridhima Pandit. She emerged as the second runner-up of Bogg Boss OTT and eventually participated in Bigg Boss 15, where she finished as the third runner-up. At the finale, she was awarded the Style Icon Award.

She worked as an intern for ace fashion designer Manish Malhotra before she got into acting.

Her acting career took off when she landed a role in Aditya Chopra’s drama film Mohabbatein.

She is a star in her own right, however, she couldn’t able to make it big in Bollywood like her sister.

In 2019, she participated in the reality stunt show, Fear Factor: Khatron Ke Khiladi 9, and made it to the finals.

She has appeared on the covers of magazines such as The Lifestyle Journalist, G Magazine, Stuff Magazine, iCraze, Women Fitness Magazine, and Femina India.