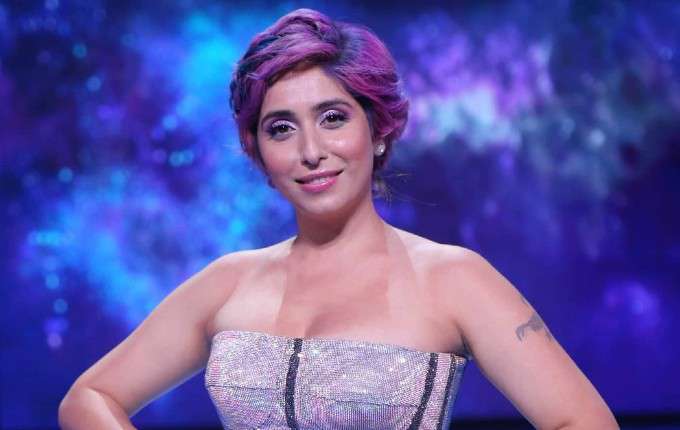 Born and bred in New Delhi, India, Neha Bhasin is most famously known as a playback singer who has worked in Hindi, Telugu, and Tamil films. She burst onto the pop scene in her late teenage years when she landed on Chanel V’s talent hunt show, Coke V popstars, and eventually won the title along with her girl pop group Viva. She embarked on a solo career after the girl group parted ways in 2004. Neha made her singing debut with the Bollywood film Bullet: Ek Dhamaka. Since then, she has recorded numerous songs in several films. Some of her popular film songs are “Pesugiren Pesugiren” from Satham Podathey, “Dhunki” from Mere Brother Ki Dulhan, “Jag Ghoomeya” from Sultan, and “Paani Ravi Da” from Lahoriye. Thanks to her lovely voice, she has attracted an audience of millions across social media platforms. In 2012, she participated in Bigg Boss Season 15, which also stars Ridhima Pandit, Divya Agarwal, Akshara Singh, and Shamita Shetty.

Neha was born into a Hindu Punjabi family of three siblings. Her parents are Ashok Bhasin and his wife Rekha Bhasi. She has two siblings, an older sister Rashi Bhasin and a younger brother Anubhav Bhasin. She took vocal lessons from Ustad Ghulam Mustafa Khan from a young age and won her first award at age 9 with her powerful rendition of Mariah Carey’s “Hero”.

Neha is married to her longtime boyfriend Sameer Uddin, a music composer. They tied the knot in a western wedding that was held on October 23, 2016, in Tuscany, Italy.

Has sung a number of songs in Hindi, Telugu, and Tamil movies.

Was a judge on the musical reality show Sitaaron Ko Choona Hai that aired on Real TV.

Not much is known about Neha Bhasin’s net worth right now. But thanks to her numerous hit songs and her recent appearance on Bigg Boss 15, expect her net worth to rise!

While growing up, she took music classes and won several singing competitions during her school and college days.

She has been trained in various forms of dance.

She was a part of the first Indian all-girls pop group Viva which was formed during the Coke [V] Popstars in 2002. Two years after, they parted ways to focus on their individual career.

The girl group was so popular during that time that they entered into the Limca Book of Records for performing to an audience of over 50000 people during their first concert.

She was a backstage host for Sa Re Ga Ma Hungama on Zee Music in 2008.

Neha was a wildcard contestant on Jhalak Dikhla Jaa Season 5.

She was cast as a judge on various singing reality shows like Love Me India and Sitaaron Ko Choona Hai.

She has been a participant in the 2021 season of Bigg Boss, which will have two editions. The first six weeks of the show will stream on Voot Select called Bigg Boss OTT, hosted by Karan Johar. The rest will be a regular one, which will have Salman Khan as host and will air on Colors TV.

Neha has won so many awards including two Stardust Awards, two Filmfare Awards, one ZeeCine Award, and one StarVijay Award.

In 2021, Bhasin was featured on Times Square Billboard as the artist of the month on Spotify for her song Oot Patangi.