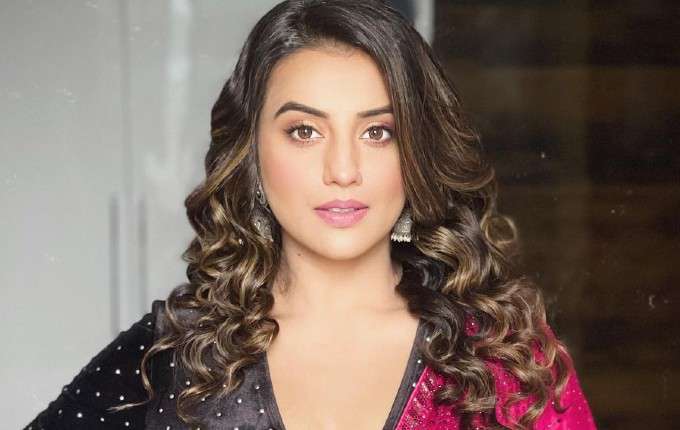 Akshara Singh is an Indian film and television actress who is most famously known for her work in Bhojpuri films. She is one of the most popular and acclaimed actresses in the Bhojpuri film industry that has starred in a number of Bhojpuri films. Her notable film credits include Tabadala, Sarkar Raj, and Satya. She played Madhuri Jha in the Zee TV series Kaala Teeka and Maharani Kadika in the Indian mythological epic drama Porus from 2017 to 2018. In 2021, she participated in the reality TV show Bigg Boss OTT. She has over 3.5 million followers on Instagram. Here’s everything you need to know about the Bhojpuri actress.

Akshara likes to keep her personal life as private as possible, so she’s never shared any information about her relationship status with the public.

She is best known for her appearances in TV shows like Kaala Teeka, Porus, and Service Wali Bahu.

She appeared in the 2021 edition of the reality show Bigg Boss OTT. The fellow contestants of the show are Ridhima Pandit, Divya Agarwal, Neha Bhasin, Shamita Shetty, Urfi Javed, and Raqesh Bapat, among many others.

She had a knack for acting from an early age because she was grown up in a household where discussing scripts and movies were very common. She also used to visit the shooting spot with her parents.

Akshara took up dancing and acting classes and end up in theatre at the age of 14.

She made her acting debut with the 2011 family drama Pran Jaye Par Vachan Na Jaye.

The beautiful actress has amassed over 3.5 million followers on Instagram.

She’s one of the highest-earning actresses in Bhojpuri cinema.