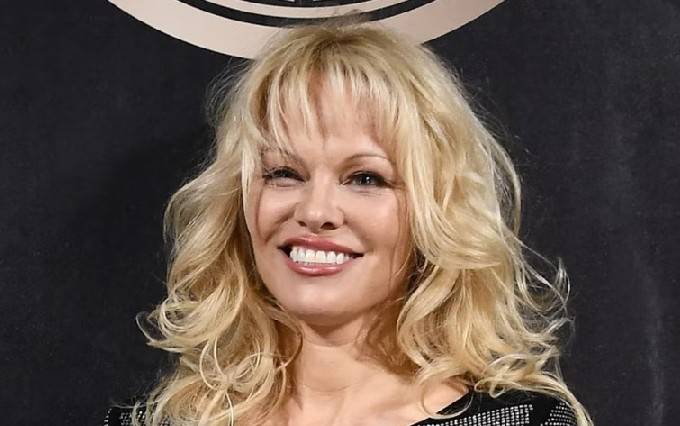 Pamela Anderson is a Canadian actress and model who is probably known for her roles in Home Improvement and Baywatch. She attained fame after being selected as Playmate of the Month for Playboy magazine in 1990. This phenomenal actress has starred in several TV series and films. As an animal lover, she had associated with PETA and had actively involved in animal rights campaigns.

In fact, she came into the glamour world by accident when she was discovered by a model scout who then recruited her to model for their company’s commercials. Having been blessed with good looks and an attractive persona, the unmatched beauty was given an offer to feature on the cover of Playboy’s monthly edition, and eventually, she became popular among Americans. Thereafter, she hasn’t turned her back and is now an inspiration for the teenage demographic.

Pamela Anderson was born on the 1st of July 1967, in Ladysmith, British Columbia, Canada. She is currently 55 years old.

Pamela is the daughter of furnace repairman father Barry and waitress mother Carol Anderson. Her great-grandfather, Juho Hyytiäinen, who was of Finnish and Romani descent immigrated to Canada in 1908 and changed his name to Anderson. She has Finnish, Romanian, English, and Russian ancestry. Her brother’s name is Garry Anderson.

The budding actress has had relationships with many high-profile celebrities at different times of her career. Pamela married his first husband, Tommy Lee, drummer of Mötley Crüe, on February 19, 1995. Interestingly, they had known each other just 4 days before their marriage. They have two sons together: Brandon Thomas (born June 5, 1996) and Dylan Jagger (born December 29, 1997). She divorced him in 1998 following spousal abuse.

After that, Anderson dated Swedish model Marcus Schenkenberg from 2000 until 2001. They even got engaged which was eventually called off. Pamela then became involved in a relationship with musician Kid Rock in 2001. They got engaged in 2002 and married on July 29, 2006, but they split in November of that year.

She then married film producer Rick Salomon. In February 2015, she filed for divorce, which was finalized on April 29, 2015. She married Hollywood producer Jon Peters for around a year in 2020. In December 2020, Pamela secretly married her then-boyfriend Dan Hayhurst. They separated after a year and filed for divorce.

Her first film appearance was an uncredited role in the 1991 action film The Taking of Beverly Hills. She played a cheerleader girl in the film.

In 1990, Pamela guest appeared in the sitcom Married with Children for her role as Yvette in an episode titled “Al… with Kelly.”

Pamela Anderson’s net worth is estimated to be $20 million US dollars as of 2022. Her immense net worth comes from television and film appearances, endorsements, modeling, and other business endeavors.

She owns several real estate properties in Canada and the United States, including her $7.75 million Malibu house. The house comes with all bells and whistles and is listed for sale. Her modern luxury home located in Melbourne, Australia is also up for sale, which features two bedrooms, a large living room, and a pool.

She has a wide range of luxury cars including a Jaguar XK, a Range Rover, and a Maserati Quattroporte.

Pamela was named the country’s ‘Centennial Baby’ for being the first baby born on July 1, 1967, the 100th anniversary of the Canadian Confederation.

During the late 1980s, she worked as a fitness instructor.

She had a golden retriever dog named, Star who died in 2007. Pam also had a chihuahua dog, named, Chiquito. It was stolen.

Being served as a Playboy model for about 22 years, Pam has been featured many times on the magazine cover than any model in Playboy’s history.

She became a citizen of the United States on May 21, 204 while retaining her Canadian citizenship.

In 2006, Pamela Anderson was inducted into Canada’s Walk of Fame.

In 2013, Anderson appeared on season 8 of the British reality TV show Dancing on Ice, partnered with former winner Matt Evers.