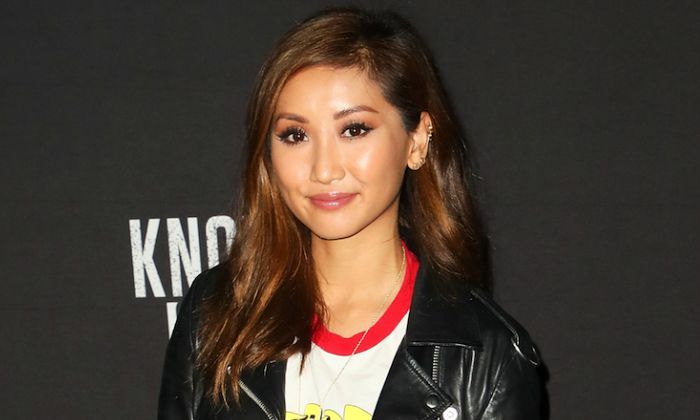 Brenda Song is a California-born actress, model, and singer who has probably been in the spotlight since she was five years old. A former Disney star, Song has acted in a lot of Disney productions, including parts in The Ultimate Christmas Present, Get a Clue, Wendy Wu: Homecoming Warrior, London Tipton in The Suite Life of Zack & Cody, and Suite Life on Deck. Having started her career as a fashion model, Sung gradually transitioned to television and then to mainstream films, and she achieved everything before turning 10.

Over the years of her budding acting career, Brenda Song has built an incredible resume that features acting gigs in such major films as The Social Network, Secret Obsession, and Changeland. Song is nothing short of a force to be reckoned with. At just 31 years old, Sung has achieved a lot in acting than many people her age. Since early 2019, she’s voicing the character Anne Boonchuyon in the Disney animation series Amphibia.

Brenda Song was born on the 27th of March 1988, in Carmichael, California, United States of America. She is currently 34 years old.

Brenda Song is the older daughter of a Hmong father, a second-grade school teacher, and a Thai mother, Mai Song. Though she was born in the United States, she’s gotten roots in Hmong and Thai. She has two younger brothers, Timmy and Nathan Song.

Her paternal grandparents immigrated to the United States from Laos in 1976 and changed their family name to Song after arriving in the U.S. Brenda was named an All-American Scholar in ninth grade and holds a black belt in Tae Kwon Do.

Since Brenda began her acting career at a young age, she was homeschooled and eventually earned her diploma at 16. She also took courses at a community college. She then joined the University of California, Berkeley, from where she majored in psychology and minored in business, graduating from the class of 2009.

Brenda Song is currently in a relationship with actor Macaulay Culkin since 2017. The couple welcomed their first child, a son named Dakota Song Culkin, born on April 5, 2021.

She had previously dated a few men, of which, her relationship with musician Trace Cyrus, brother of singer Miley Cyrus, received a lot of attention from the media. Their on-and-off relationship has been widely covered by tabloids. The pair got engaged in 2011 but not long after it, they called it off in 2012. Though the two reconciled again in January 2013 after a brief breakup, they parted ways in 2017. Trace even wrote a song called “Brenda” for her after their split.

She had also dated actors Raviv Ullman, Aaron Musicant, Jesse McCartney, and Jason Dolley in the past.

Brenda Song made her acting debut in 1995, playing the younger version of the title character Fong, in an AFI student short film “Requiem” by actress Elizabeth Sung. The film won a CINE Golden Eagle award.

The following year, Song starred in John Murlowski’s Santa with Muscles, her first feature film, where she played the role of Susan.

In 1994, Song landed her first television role on the ABC sitcom Thunder Alley, playing the character of Kathy.

After guest-starring in a string of television series, Song got her major breakthrough when she was signed an acting contract with Disney in 2002. Over time, she acted in several Disney-produced television shows and films that earned her a lot of fame and recognition.

In 2005, Song played the role of spoiled heiress London Tipton in the Disney Channel Original Series, The Suite Life of Zack & Cody, along with Ashley Tisdale, Dylan Sprouse, and Cole Sprouse. Her performance in the series received rave reviews from critics with MSN praising, “Song is one of the main reasons why the “Suite Life” franchise remains one of the most successful and highly rated series in the Disney stable.” She reprised the role in the Suite Life spin-off, The Suite Life on Deck.

Her other notable acting credits include her parts in television series such as Scandal, New Girl, Dads, Miles from Tomorrowland, Station 19. She is also credited with the Netflix psychological thriller Secret Obsession and the Disney animation series Amphibia.

Brenda Song has an estimated net worth of $5 million as of 2023. She has accrued such immense net worth through her acting works, especially in Disney productions and various other appearances.

She started off as a child fashion model after she was discovered by a talent scout while shopping at a mall in San Fransico.

In 1993, Song relocated to Los Angeles, California with her mother for better acting opportunities.

Her first acting gig was in a Little Caesars commercial, and later that year, she appeared in a Barbie commercial. As she got older, she took on more projects.

She has a black belt in tae kwon do.

In 2006, Forbes named her #5 in Hollywood’s Top-Paid Tweens list with estimated earnings of $5.5 million.

Her favorite kind of music is rock.

She is fluent in Hmong and Thai.

Song has appeared in musicals such as The Music Man, Cinderella, The Little Mermaid, among several others.

Song cites Marilyn Monroe and Angelina Jolie as her idols.

She has a Maltipoo dog, named Teddy.

In 2010, Song was made the celebrity endorser of the Walt Disney Company’s Disney Cruise Line, and the following year, she was appointed as the spokesperson for the clothing brand OP.

In 2019, Song starred alongside Kat Dennings in the Hulu television series Dollface.

Throughout her budding acting career, Song has made several popular lists in the show business by magazines and publications.

She is an avid Los Angeles Lakers fan.