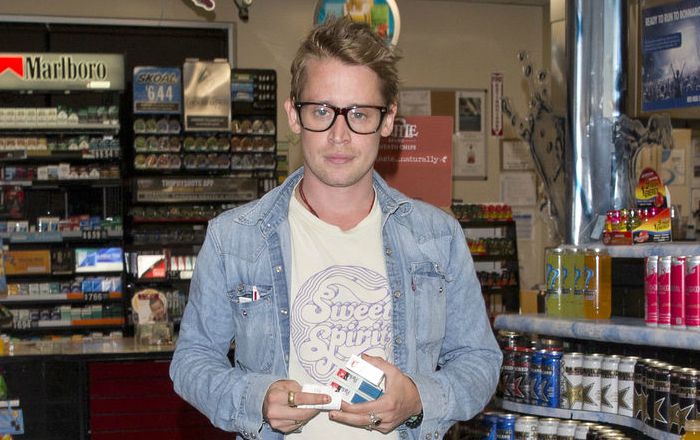 Macaulay Culkin is a famous actor, musician, and author. He rose to fame as a child actor portraying the role of an intelligent kid Kevin McCallister in the Home Alone franchise. He has appeared in a number of films like My Girl, The Good Son, The Pagemaster, and many others. Macaulay is the most celebrated child actor since Shirley Temple and at the peak of his acting career, he was ranked at number two on VH1’s list of the “100 Greatest Kid-Stars” and E!’s list of the “50 Greatest Child Stars”.

Macaulay Culkin is the son of former actor Christopher Cornelius “Kit” Culkin, who is probably known for his productions on Broadway. He is also the brother of actress Bonnie Bedelia. His mother is Patricia Brentrup, who never married Culkin.

He has six siblings, including actors Rory, Kieran and Christian. Others include Quinn, Dakota, and Shane Culkin. He is of German, Norwegian, Irish, English, Swiss-German, and French descent.

He’s currently in a relationship with actress Brenda Song from 2017.

In 1998, Macaulay married actress Rachel Miner. They were both 18 at the time of their marriage, but they split in 2000 after two years of marriage and eventually divorcing in 2002.

In 1988, he made his first appearance in the CBS crime drama series ‘The Equalizer’ for his role as Paul Gephardt in an episode entitled “Something Green”.

Macaulay Culkin earned a lot of fame for portraying the role of Kevin McCallister, a witty and boisterous eight-year-old, in the blockbuster hit, ‘Home Alone’ and its sequel, ‘Home Alone 2’.  He was nominated for a Golden Globe Award and won an American Comedy Award and a Young Artist Award.

He has done endorsement work for Sprite, Nationwide and Orange UK.

Macaulay Culkin has a net worth of $18 million, as of 2023. He earned around $24 million between 1989 and 1994, the highest mark for any child actor during this time. The breakdown of his salaries are as follows:

He studied ballet when he was young.

He started acting at the age of 4, appearing in stage productions and commercials before gaining success in mainstream cinema.

His notable performances include Bach Babies at the New York Philharmonic and began appearing in television and commercials.

He put an end to his acting career at the year of 1994 and returned in 2003 with a role on the television show Will and Grace and in the film Party Monster.

In 2013, Culkin co-founded the New York-based, pizza-themed comedy rock band the Pizza Underground, of which he was the vocalist. The band disbanded in 2018.

Culkin became the first child actor in the history of Hollywood to earn a remuneration of $1 million and above for a movie.

He lost his virginity at the age of 15.

In September 2004, he was arrested in Oklahoma City for the possession of 17.3 grams of marijuana, 16.5 milligrams of Alprazolam and 32 milligrams of Clonazepam. He was released on a $4,000 bail after serving a brief jail term.

In 2006, he published a semi-autobiographical novel, ‘Junior’ which featured details about his stardom and his overwrought relationship with his father.