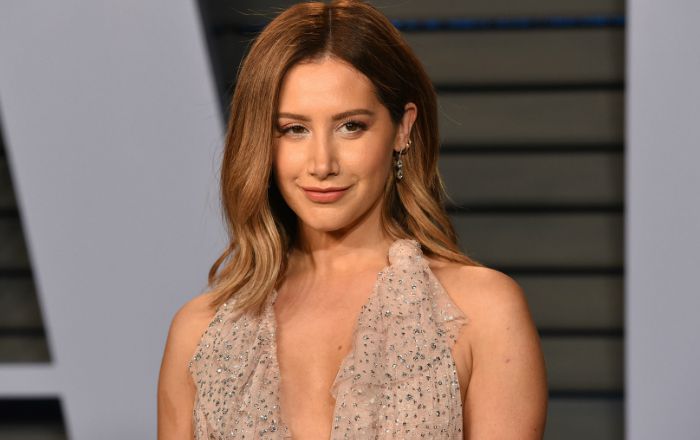 Ashley Tisdale is an American actress and singer who achieved immense success in both television and films through her fabulous acting skills. She began her acting career at a very young age doing commercials and later went on to do TV shows. Her big break came in 2005 when she was cast as Maddie Fitzpatrick in the Disney Channel series ‘The Suite Life of Zack & Cody’.

She is best known for playing one of the lead roles in the ‘High School Musical’ films. As a musician, Tisdale has contributed to the soundtrack of the aforementioned musical film beside releasing her own studio albums, ‘Headstrong’ and ‘Guilty Pleasure’ in 2007 and 2009, respectively.

Ashley Tisdale was born on the 2nd of July 1985, in West Deal, New Jersey, United States of America. She is currently 36 years old.

She graduated from Valencia High School in 2003.

Ashley Tisdale is married to Annie Automatic’s lead singer Christopher French. They both began dating in late 2012 and got engaged on August 8, 2013, before entering into wedlock on September 8, 2014. She gave birth to her first child, a daughter, Jupiter Iris French, on March 23, 2021.

Ashley Tisdale landed a minor role in the 2001 film ‘Donnie Darko’, playing a role of Kim. She continued to do small roles in films until her breakthrough role as Sharpay Evans in the Disney Channel film High School Musical came in 2006.

She co-starred with Zac Efron, Vanessa Hudgens, Lucas Grabeel, Corbin Bleu, and Monique Coleman in the film, which was a huge success, both in terms of earnings and acclaim. For her performance in the film, she earned several accolades including a Primetime Emmy Award and a Billboard Music Award.

Her first television role was in an American sitcom Smart Guy in 1997. She portrayed Amy in an episode titled “A Little Knowledge”.

Her first major success came in 2005 when she was cast to star as Maddie Fitzpatrick in the Disney Channel series The Suite Life of Zack & Cody. She played her part from 2005 until 2008. For her portrayal in the series, she earned several accolades including a Nickelodeon UK Kids’ Choice Awards.

Her portrayal as Sharpay Evans in the critically acclaimed High School Musical franchise and its spin-off series was considered one of her significant works in her acting career.

Tisdale also found success as a singer as well. Her both studio albums, ‘Headstrong’ and ‘Guilty Pleasure’ released in 2007 and 2009, respectively, were successful and garnered her immense amount of appreciation.

As a child, she was introduced to advertising at the age of three and has done over 100 TV commercials, including Staples Inc, Eckō Red clothing, Got Milk?, appeared in commercials for T-Mobile and Toys “R” Us, among others.

Ashley was discovered at the age of three when she met her current manager,  Bill Perlman, at a New Jersey mall. She began doing commercials and has appeared in over 100 commercials as a child.

She began her theatrical career by appearing in Gypsy: A Musical Fable and The Sound of Music at Monmouth County’s Jewish Community Center.

Ashley Tisdale was eight years old when she was cast to play the part of Cosette in the musical Les Misérables.

She performed at the white house at the age of 12 years old.

Tisdale was a Ford Model along with Lindsay Lohan, Mischa Barton.

Ashley is good friends with both sisters Hilary Duff and Haylie Duff.

She won the Social Media Superstar award at the Young Hollywood Awards in 2014.

Tisdale became the creative director of Signorelli and launched a clothing line with the company in the autumn of 2016.

That year, she also launched her Illuminate makeup line through BH Cosmetics.

In 2018, she was cast as Allie Winthrop in an episode of American action-adventure TV show, MacGyver.

She has provided her voice to many characters in television as well as films, including Sabrina Spellman in Sabrina: Secrets of a Teenage Witch, Candace Flynn in Milo Murphy’s Law and Stealth Elf in Skylanders Academy.