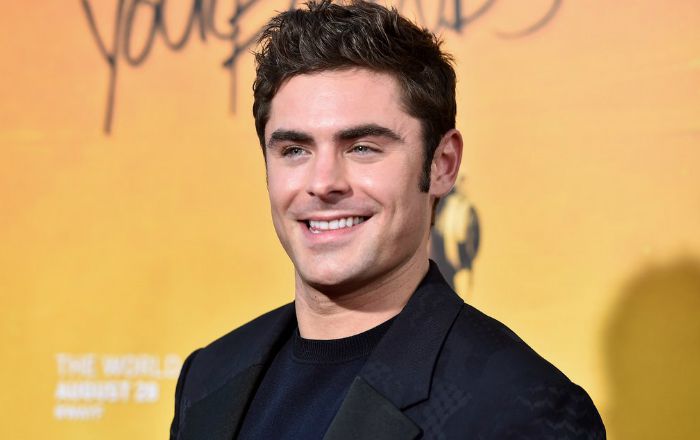 Who is Zac Efron?

Zac Efron is an American actor and singer who received worldwide fame and recognition for his role as Troy Bolton in Disney Channel’s ‘High School Musical’ series. The role had a substantial impact in his career graph that earned him several awards as well as helped him to grab roles in mainstream cinema. He has starred in films like  New Year’s Eve, Neighbors, Dirty Grandpa, Neighbors 2: Sorority Rising and Baywatch.

Zac Efron is the son of David Efron, an electrical engineer at a power station, and Starla Baskett, an administrative assistant who worked at the same power plant. He has a brother, Dylan.

Efron graduated from Arroyo Grande High School in 2006. He dropped out of his academics at the University of Southern California in pursuit of his acting career. He also attended the Pacific Conservatory of the Performing Arts, Santa Maria, California.

Zac Efron dated his High School Musical co-star, Vanessa Hudgens, for five years from 2005 to 2010. After the breakup, he began dating actress Lily Collins from 2012 to 2013. He then briefly dated actress Maika Monroe in 2012 and actress Michelle Rodriguez in 2014.

In 2017, he began to develop a relationship with actress Alexandra Daddario. Since 2020, he has been dating the Australian model, Vanessa Valladares.

Zac Efron landed his first starring role as Stuart Wasser in the 2003 film Melinda’s World. the film is based on the novel of the same name by Marianne Kennedy.

Zac started his television career with a guest role in the TV series Firefly. He played Young Simon Tam in the episode titled Safe.

His breakthrough role as Troy Bolton in the High School Musical film series. He gained popularity among teenage audiences as well as earned several awards for his role in the film.

He was the face of Philippine clothing brand Penshoppe in 2012.

Zac has a total net worth of $25 million dollars, as of 2020. He has several properties in possession including the $1 million dollar house in Los Angeles and the $3.9 million dollar luxury house in Hollywood Hills among others. He owns an Audi S5, an Audi S6 and a Porsche Cayenne.

He started acting in theatre productions at the age of eleven and eventually worked at The Great American Melodrama and Vaudeville, where he took singing lessons.  He subsequently performed in shows such as Gypsy; Peter Pan; or, The Boy Who Wouldn’t Grow Up; Little Shop of Horrors; and The Music Man.

He is a huge fan of the Baseball team, San Francisco Giants.

His lead role as Troy Bolton in the 2006 teen musical television film High School Musical was a huge turning point in his acting career. He became popular among the teenage audiences for his contributions as an actor and singer in the series. The film’s soundtrack was certified quadruple platinum, making it one of the best-selling albums of the year in the United States.

He has reprised the role in the second and third installment of the films series in 2007 and 2008.

Efron sought treatment in early 2013 after struggling with alcoholism and substance abuse.

He credits Johnny Depp as his acting idol.