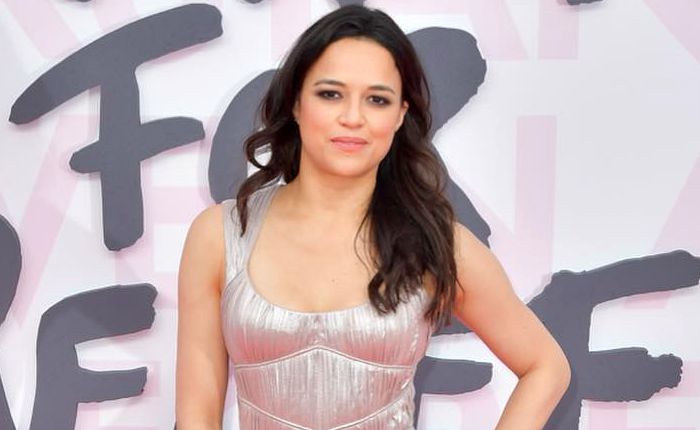 Michelle Rodriguez is an American actress who became known in the international circuit for her role as Letty Ortiz in The Fast and the Furious franchise. Her first successful role was as Diana Guzman in the sports drama film Girlfight, for which she won the Independent Spirit Award and Gotham Award, among other awards. She played Ana Lucia Cortez in the TV series Lost and went on to star in a number of action films, including Resident Evil, S.W.A.T., and Avatar. As of 2022, Michelle Rodriguez has a net worth of $25 million dollars.

Michelle Rodriguez was born on the 12th of July 1978, in San Antonio, Texas, United States of America. She is currently 44 years old.

Her parents are Carmen Milady Rodriguez, a Dominican and Rafael Rodriguez, who served in the US Army. She has ten siblings and half-siblings.

Michelle spent her early years in different places, including the Dominican Republic, where she lived with her mother from age eight until age eleven and moved to Puerto Rico and lived there until the age of 17 before they settled in Jersey City, New Jersey.

She attended different schools but she was expelled from all schools due to unruly behavior. To be precise, she went to 5 different schools, however, she ended up as a high school dropout. She completed her GED and enrolled in a business school only to quit to pursue a career in acting.

Rodriguez has dated many men throughout her career. First off, she was in a relationship with a Muslim man in early 2000, but they soon parted ways citing religious contradiction.

She then began dating her on-screen pair Vin Diesel during the filming of The Fast and the Furious in 2001. However, this relationship also didn’t last long. After that, she dated Olivier Martinez, Colin Farrell, Zac Efron, Cara Delevingne, and Kristanna Loken.

Michelle Rodriguez’s first feature film role was as Diana Guzman in the sports drama film ‘Girlfight’ in 2000. She won as many as 11 nominations in different categories for her performance in the film, taking home 5 awards.

In 2003, she appeared as herself in a Bulgarian talk show called Slavi’s Show on MTV.

Without a doubt, her performance in her debut movie ‘Girlfight’ was one of her finest works throughout her career. The film met with critical acclaim as well as received several awards.

She played Letty Ortiz, a tough driver and a skilled mechanic, in Rob Cohen’s action film The Fast and the Furious in 2001. She reprised her role as Letty in other installments of the franchise. It was one of her highly successful films in her career graph, but it doesn’t come close to Avatar. She played Captain Trudy Chacon in the movie Avatar, which is her career’s most successful film.

As of 2022, Michelle Rodriguez’s net worth is reported to be $25 million according to the media. Most of which comes from her film and TV appearances.

She attended an open casting call for the role of Diana Guzman in the film Girlfight (2000), where she outperformed 350 other candidates to win the role.

In fact, she had no acting experience until she gave an audition for the lead role in Girlfight but she somehow managed to grab the role. The Fast and the Furious was her second audition, and she also got that role.

Rodriguez knows how to play the piano.

She is good friends with Jason Sarayba and Nicole Eggert.

In 2013, she came out as bisexual in an interview with Entertainment Weekly saying: “I’ve gone both ways. I do as I please. I am too curious to sit here and not try when I can. Men are intriguing. So are chicks.”

Rodriguez was originally a forerunner for the role of Christine Thayer in the 2004 movie Crash, but actress Thandie Newton was cast instead. Likewise, actress Charlize Theron played the title role in Æon Flux in 2005, a role that was actually meant for Rodriguez.

Rodriguez has got into a lot of legal troubles throughout her acting career that spans almost two decades. She was arrested in 2002 for physically assaulting her roommate, but the charges were later dropped. She has been arrested on several occasions with charges related to driving, including a hit and run, speeding, suspended license, and driving under the influence.

In 2018, she appeared in a music video of the song “Nice for What” by Canadian rapper Drake.

She has done voice roles in not less than a dozen video games titles. including True Crime: Streets of LA, James Cameron’s Avatar: The Game and Call of Duty: Black Ops II.