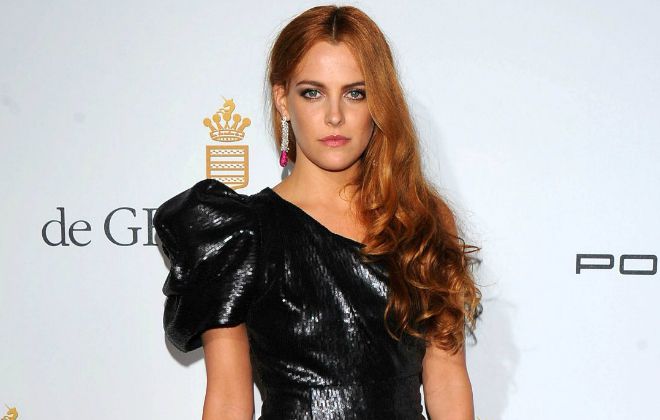 Riley Keough is an American actress, model, and producer best known for her work in Steven Soderbergh’s films such as ‘Magic Mike’ and ‘Logan Lucky.’ She earned an Independent Spirit Award nomination for her performance as Krystal in Andrea Arnold’s ‘American Honey.’

She played Capable in the 2015 apocalyptic action film ‘Mad Max: Fury Road.’ She received a Golden Globe nomination for her work as Christine Reade in the television series ‘The Girlfriend Experience.’

Riley Keough was born on the 29th of May 1989 in Los Angeles, California, United States of America. She is currently 32 years old.

Speaking about Riley’s family background and childhood, she is the daughter of singer-songwriter Lisa Marie Presley and musician Danny Keough. Singer and actor Elvis Presley and actress and businesswoman Priscilla Presley are her maternal grandparents. She has one brother, Benjamin Storm Keough, and two half-sisters, twins Harper and Finley, from her mother’s fourth marriage, to Michael Lockwood

She has German, Norwegian, English, Scottish, Irish, along with some French, and remote Dutch and Danish, ancestry. There is not much-known information regarding her educational qualifications.

Riley Keough married stuntman Ben Smith-Petersen on February 4, 2015, in Napa, California. They both met while filming Mad Max: Fury Road and immediately love-struck between the two. They announced their engagement on August 14, 2014.

She was engaged to English actor Alex Pettyfer in the past.

Riley Keough landed her first acting role at the age of 20, playing Marie Currie in the 2010 biographical drama film, ‘The Runaways’. The film is based on the 1970s all-girl rock band of the same name. The band’s lead vocalist and Marie’s sister character was played by Dakota Fanning. The film also had Kristen Stewart and Tatum O’Neal in pivotal roles, which was premiered in 2010 at the Sundance Film Festival.

In 2016, Keough earned her first acting gig in television with an American anthology series, ‘The Girlfriend Experience’, portraying the lead role of Christine Reade.

She played the lead role in an American anthology drama series ‘The Girlfriend Experience’. Her performance in the series received positive reviews as well as earned her a Golden Globe nomination for Best Performance by an Actress in a Limited Series or Motion Picture Made for Television.

Although her first name is Danielle, she prefers to use her middle name, Riley.

She is close friends with Evan Ross, Austin Brown, and Ryan Cabrera

Riley was featured on the cover of Vogue with her mother Lisa Marie Presley and grandmother Priscilla Presley. in the August 2004 issue.

She has been the cover girl of many magazines including Elle France, Elle Japan, US Vogue, Elle UK, Vogue Korea, and Jalouse France.

She won the role of  Nora in the 2012 film Magic Mike over Lindsay Lohan.

Riley was Maid of Honor at her mother’s wedding to Michael Lockwood.

In 2018, she was cast in a guest role on the CW drama series, Riverdale, playing as a mysterious woman named Laurie Lake who takes in Archie and Jughead after they wander onto her property in need of shelter.