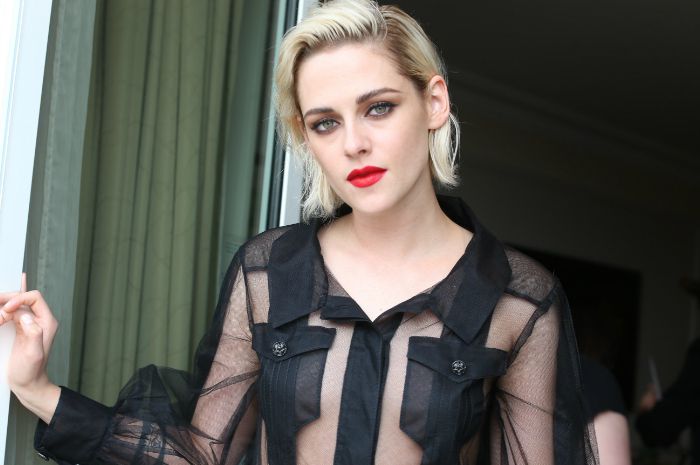 Kristen Stewart is an award-winning multi-talented artist from America who is immensely popular for her role as Isabella “Bella” Swan in the hit “Twilight” series. She earned a lot of awards including multiple Teen Choice and People’s Choice Awards for her stellar performance in the film franchise. She gained recognition as a child actress for her work in the thriller Panic Room, which earned her a Young Artist Award nomination.

Stewart has several popular movies to her credits including  Snow White and the Huntsman, Camp X-Ray, Still Alice, Clouds of Sils Maria and Lizzie. She is the first American actress to win the César Award for Best Supporting Actress for her role opposite Juliette Binoche in Olivier Assayas’s French film Clouds of Sils Maria.

Kristen Stewart was born on the 9th of April 1990, in Los Angeles, California, United States of America. She is currently 32 years old.

Stewart was educated at local schools until the 7th grade, She completed her high school education by correspondence as she became involved in acting at a very young age.

Kristen Stewart has been in a relationship with screenwriter Dylan Meyer since 2019. She dated Fashion blogger and stylist Sara Dinkin from 2018 to 2019 and New Zealander model Stella Maxwell from 2016 until 2018.

She had dated many men before she became romantically involved with Meyer. Stewart briefly dated her Speak co-star Michael Angarano. She is best known for her relationship with Twilight co-star Robert Pattinson from 2009 to 2012. The couple split in July 2012 after several publications released photos of her cheating on Pattinson with her Snow White and the Huntsman director Rupert Sanders. Sanders was 19 years senior to her and married as well. Both Stewart and Sanders issued a public apology for their relationship.

Kristen Stewart made her acting debut with a minor role in the Disney Channel TV movie “The Thirteenth Year”.

At age 14, she won her first breakthrough role as Maddy Phillips in the children’s action-comedy Catch That Kid in 2004.

Kristen appeared in an episode as an Announcer in “The Sarah Silverman Program” in 2008.  In 2017, she hosted an episode titled “Kristen Stewart/Alessia Cara” on “Saturday Night Live”.

Her work as Isabella “Bella” Swan in the “Twilight” series is still considered as one of her breakthrough performances throughout her acting career. The ‘Twilight’ film franchise is based on Stephanie Meyer’s best-selling novels of the same name.

Stewart has appeared in a Porsche commercial in 2002. She has also done endorsement work for Chanel and Balenciaga perfume.

She is the brand ambassador of Chanel and Balenciaga fashion brands.

As of 2022, Kristen Stewart has a net worth of $70 million. She received $25 million as remuneration for the final Twilight movie along with a share of profits that could add to her total salary of over $40 million. She is one of the highest-paid actresses in Hollywood. Stewart lives in Los Angeles.

She was raised in Colorado and Pennsylvania before moving back to Los Angeles when she was 8 years old.

She was discovered by a talent scout who was impressed with her performance in a Christmas play at grade school at the age of eight years old.

Kristen began her acting career at a very early age with minor roles in films before landing a lead role in the movie Catch That Kid.

She had to wear brown contact lenses for her role as Bella Swan in the Twilight series because she was naturally green.

She was voted as “The Movie Fanatic’s Hottest Young Actress” in 2008. The same year, she was ranked  #17 on Entertainment Weekly’s “30 Under 30” actress list.

She has three dogs: Bear, Bernie, and Cole; and also has a cat named Max/Jella.

Kristen was featured at #1 on the list of “Hollywood’s Top-Earning Actresses in 2012” by Forbes magazine with estimated annual earnings of $34.5 million between May 2011 and May 2012.

She has dual American and Australian citizenship.

Kristen won a People’s Choice Award for ‘Favorite Face of Heroism’ for ‘Snow White and the Huntsman’, in 2013.

Kristen publicly came out as bisexual on Saturday Night Live in February 2017.

In 2010, she won the BAFTA Orange Rising Star Award.

Stewart appeared in the music video for Interpol’s track “If You Really Love Nothing” in August 2018.

She is working on her feature film directorial debut which will be an adaptation of writer Lidia Yuknavitch’s memoir “The Chronology of Water”.