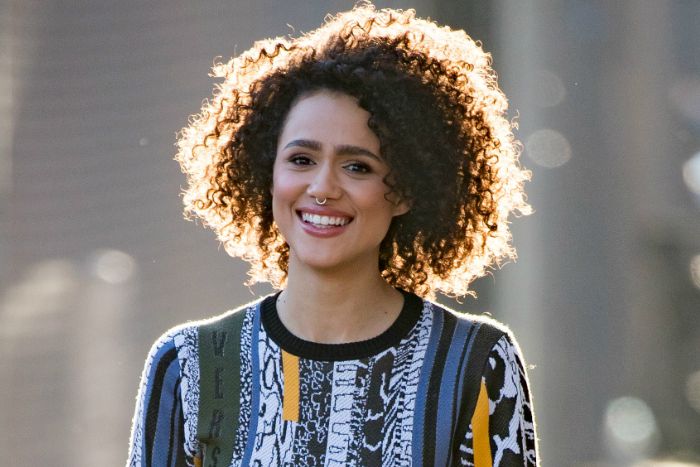 Nathalie Emmanuel is an English actress, best known for playing Sasha Valentine in the soap opera Hollyoaks and starring as Missandei in the fantasy series Game of Thrones. She has appeared in supporting roles in many movies like Maze Runner: The Scorch Trials (2015), Furious 7 (2015), The Fate of the Furious (2017), and Maze Runner: The Death Cure (2018).

Nathalie is the second child of a half Dominican (Dominiquais) and half English mother, and a father of half-Saint Lucian and half English descent. She has an older sister named Louise Emmanuel.

She attended St Hilda’s School in Westcliff-on-Sea, Essex, England from ages 3 to 11 and shifted to Westcliff High School for Girls in Southend-On-Sea.

Not much is known about her personal life but there are reports that she dated actor Devon Anderson in the past.

In 2006, she played the role of Sasha Valentine until she quit the show in 2010 on Channel 4’s soap opera Hollyoaks.

She has been starring as Missandei in the HBO fantasy drama series Game of Thrones since its third season.

She has a net worth of $4 million dollars which results from film and television appearances.

At the age of 10, she played Young Nala in the West End production of the musical The Lion King.

In 2012, Nathalie presented BBC Three’s Websex: What’s the Harm?, investigating the online sexual habits of 16–24 year-olds in the UK.

Nathalie has featured on the covers of magazines like InStyle and GQ in 2015.

She won the Screen Nation award for Best Female Performance in the science fiction adventure Maze Runner: The Scorch Trials.

She is vegan due to health reasons.

In 2019, Nathalie Emmanuel began playing the voice role of Deet in the Netflix fantasy series The Dark Crystal: Age of Resistance.