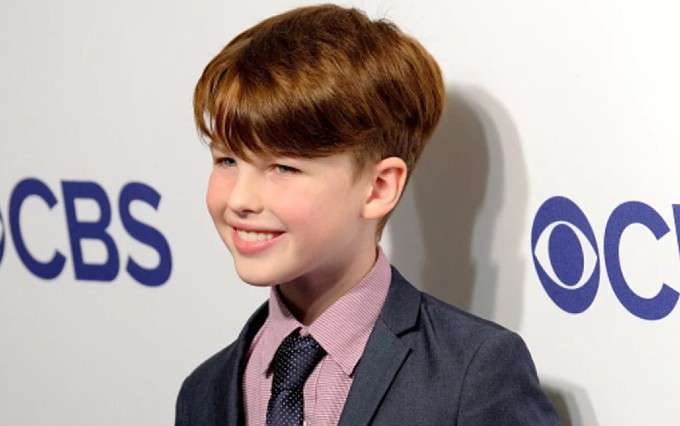 Born on July 15, 2008, Iain Armitage is an American child actor who burst on the acting scene as a child actor with the TV series Impractical Jokers. He caught the spotlight through his YouTube series Iain Loves Theatre where he reviews stage shows from the musical theater. In 2017, he landed his first major role of Ziggy Chapman, Jamie’s son, on HBO’s Big Little Lies, eventually putting him in the limelight.

Thanks to the CBS sitcom Young Sheldon, he became even more popular in the entertainment industry, in which he brought the character, Sheldon Cooper, to life. Besides all these most popular appearances, Iain has also starred in several other TV shows and movies like Our Souls at Night, I’m Not Here, Jeopardy!, and The Big Bang Theory. In addition to his onscreen roles, he has also lent his voice for young Shaggy Rogers in Scoob! and for police puppy, Chase in PAW Patrol: The Movie.

Iain Armitage comes from a family who have already been established their presence in the entertainment industry. He is apparently an only child to his parents. His father, Euan Morton, is an actor, singer, and theatre artist. Theater producer Lee Armitage is his mother.

His grandfather was a former United States Deputy Secretary of State Richard Lee Armitage. He was named after English actor Sir Ian McKellen. He shows an early interest in acting, thanks to his parents, and took classes in tap dances.

Due to his hectic schedule, he couldn’t able to attend regular schools like normal kids. But, at the same time, he didn’t miss out on the opportunity of getting educated. He is being homeschooled.

Given the fact that Iain is barely 13-years-old, it’s highly unlikely that he’s entered the world of dating. There are no credible sources to confirm the existence of a potential significant other, as well as a lack of evidence on any of his social media profiles.

Iain’s acting career began when he acted in a stage play at the age of three years old. He kept himself associated with the craft in one way or the other and posted play reviews under the name Iain Loves Theatre on his YouTube channel. He, as well, uploaded his own renditions of Broadway songs to his channel.

In 2014, he starred in an episode of the TV series Impractical Jokers, thus making his acting debut. He followed this up with small roles and his breakthrough role came in 2017 when he was chosen to play Ziggy Chapman in the HBO series Big Little Lies.

That same year, he was cast in the role of Sheldon Cooper in the CBS sitcom Young Sheldon which was a prequel to The Big Bang Theory. Set in the late 1980s and early 1990s, the series follows the story of Young Sheldon, an intellectual and social ineptitude kid. Co-starring alongside Zoe Perry, Lance Barber, Montana Jordan, and Annie Potts, Iain won the Young Artist Award for Best Performance in a TV Series – Leading Young Actor for his role as Sheldon Cooper.

Undoubtedly, Iain Armitage is one of the richest teen actors in the entertainment industry, who has a net worth of over $4 million dollars. According to Celebrity Net worth, he took home a salary of $30,000 per episode of Young Sheldon in the first season. For the second season, he was paid $31,200 per episode and it was increased to $32,500 per episode in the third season.

With his resume growing with every passing year, expect his net worth to rise.

His silver screen debut came with the 2017 biographical drama film, The Glass Castle, in which he co-starred with Brie Larson, Woody Harrelson, Max Greenfield, Sarah Snook, and Naomi Watts.

He is close friends with Lin-Manuel Miranda, Reagan Revord, and Montana Jordan.

In 2021, Armitage voiced Chase in the animated comedy film PAW Patrol: The Movie.

Variety named him as one of the “Top 10 Actors to Watch” of the fall season.