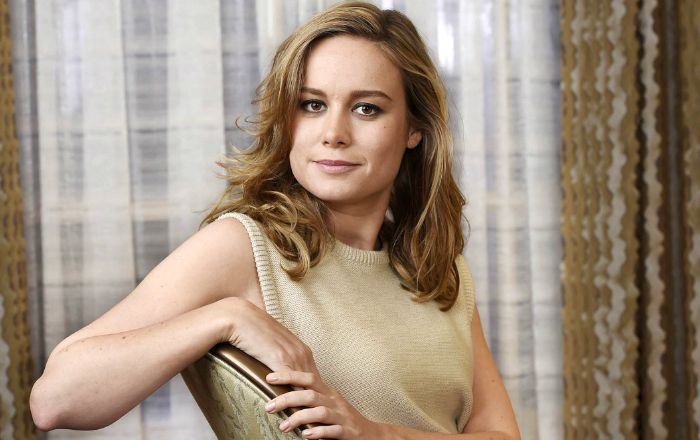 Academy Award-winning actress Brie Larson became a prominent face in the entertainment industry after starring in the hit films Short Term 12 and Room. The latter earned her several accolades for her stellar performance including the Academy Award for Best Actress. She is regarded as one of the versatile actresses in the industry and has been acclaimed for her work in films and TV series. Besides acting, Larson is also a singer and released her debut album Finally Out of P.E. in 2005. Her notable acting credits include The Spectacular Now, Trainwreck, Kong: Skull Island, Captain Marvel, and Avengers: Endgame.

Brie Larson was born on the 1st of October 1989, in Sacramento, California, United States of America. She’s currently 32 years old.

Brie Larson is the oldest daughter of homeopathic chiropractors parents Heather and Sylvain Desaulniers. She has a younger sister named Milaine “Mimsy” Larson. Her ancestry is English, Swedish, German, Welsh, and Scottish.

Larson was in a relationship with musician Alex Greenwald from 2013 to 2019. He is the lead singer of the band Phantom Planet and they got engaged in May 2016, but sadly the couple called off their engagement in early 2019.

She was reported to be dating actor Elijah Allan-Blitz later in 2019. The couple was caught kissing each other outside a supermarket in Calabasas which sparked rumors of them dating each other. However, neither of them have confirmed nor refuted the claim that they are dating or not.

Brie is a very private person when it comes to relationships and most of the time, she used to politely refuse to answer questions that make her uncomfortable.

In 1999, Brie Larson was cast in the film Special Delivery which saw her playing the role of “Little Angel”.

In 1998, Larson had her first appearance on television performing in sketches on The Tonight Show with Jay Leno. The same year she was cast in CBS’s short-lived TV series To Have & to Hold for her role as Lily Quinn.

Larson released her debut album, “Finally Out of P.E.” on October 18, 2005, via Casablanca Records.

Having played her role as Joy “Ma” Newsome in the 2015 independent drama film, Room, which was based on the novel of the same name by Emma Donoghue. She received several awards for her role in the film including the Academy Award for Best Actress, Golden Globe,  British Academy Film Awards (BAFTA), and Screen Actors Guild Awards.

All her incredible works have helped Brie Larson to amass a net worth of $25 million. She is one of the richest and the most bankable actors in Hollywood. In an illustrious career spanning more than two decades, Brie has achieved so many things in the choice of her industry that many would only dream of.

She began her acting career at the age of 8 with sketches on The Tonight Show with Jay Leno.

In 2017, she starred as a photographer in the adventure film Kong: Skull Island, her highest-grossing release to date.

Apart from acting, Larson is also credited as a director in the 2017 film Unicorn Store.

In 2018, she was named among the best American actors under 30 by IndieWire.

She is an advocate for sexual assault victims.

She is a scuba certified driver.

Time magazine included her in their “100 most influential people in the world” list in 2019.