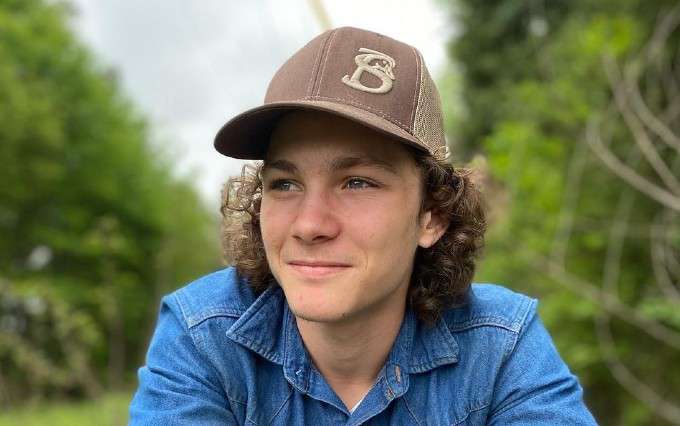 American actor who came to public attention after landing the role of Georgie Cooper in the CBS sitcom Young Sheldon. Born in Longview, Texas, Montana Jordan became interested in acting at a young age and won his first acting role at the age of 12 by beating out nearly 10,000 kids in the movie The Legacy of a Whitetail Deer Hunter. Before the movie would be released, he secured a lead role in the Tv series Young Sheldon and reprised his role in the 2018 episode of the popular sitcom The Big Band Theory.

Montana Jordan is the youngest child in his family of five, including his dad, Tony Jordan, and mom, Kelli Pieratt Smith, and two older sisters Katelli and Jaden. His mother was a teacher.

Apparently, there’s no information about his education, but he played football while in high school. He played for the Ore City Rebels National team.

He’s very private when it comes to his perosnal life and hasn’t shared too much details about his signifincat other or someone he’s romantically linked with.

Montana Jordan rose to fame when she starred in the CBS sitcom Young Sheldon as Georgie Cooper. He soon became “one to watch” in the entertainment industry, captivating audiences with his performance on Young Sheldon that earned him a nomination for Young Artist Award in the “Best Performance in a TV Series – Supporting Teen Actor” category in 2018.

He spent his youth in Ore City, Texas.

Growing up, he was actively engaged in racing dirt bikes and playing football.

His big screen debut came with the 2018 comedy-drama film The Legacy of a Whitetail Deer Hunter, starring Josh Brolin and Danny McBride., where he was cast as Jaden Ferguson, Linda and Buck’s son.

For his role as Jordan in the film The Legacy of a Whitetail Deer Hunter, he got trained to play the acoustic guitar.

He is an avid hunter.