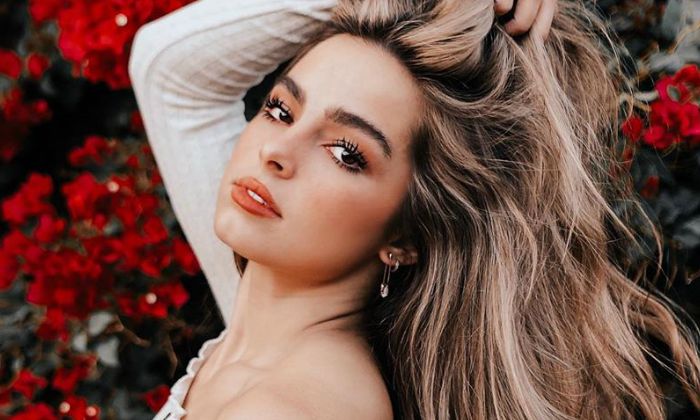 Who is Addison Rae?

Addison Rae is an American social media sensation and TikTok influencer who is on the rise, thanks to her intriguing and engaging videos on TikTok. She is best known for her TikTok videos, where she posts a wide range of videos including lip-syncing to popular songs, dance, and other irresistible content. At age 19, she has already garnered a huge social media following with combined followers of 33 million across TikTok and Instagram. Over the years, she has built a career on her own right that many people would envy. As a successful TikToker, she will continue to entertain her fans as long as shes’s able to.

Addison Rae was born on the 6th of October 2000, in Lafayette, Louisiana, United States of America. She is currently 19 years old.

Addison Rae is the oldest of three children to parents Monty and Sherri Easterling. She grew up alongside two younger brothers, Lucas, and Enzo Easterling.

Rae was educated at the Calvary Baptist Academy in her hometown of Shreveport in Louisiana. After graduating from high school in 2019, she got enrolled at Louisiana State University, where she is pursuing her bachelor’s degree in Mass Communication and Broadcast Journalism.

Talking about Rae’s romantic life, Rae is reported to be dating fellow social media personality Bryce Hall. He posted a romantic picture on his Instagram a while ago that made their fans believe that they are in a relationship. Adding to that, he fueled the dating rumors stating that they went on a Sushi date at Katsuya during an interview with Hollywire.

But, shortly after the interview went viral, he took to Twitter to clarify he’s a good friend of her and they are not dating. Addison, on the other hand, remains mouth tight and hasn’t denied or refuted the dating claims.

Unlike many other TikTokers, Addison Rae is relatively late to the internet game. But, she’s a huge social media following in a short span of time, thanks to her original choreography and lip-syncs videos. She is an accomplished dancer that eventually led to her popularity on the app, where she boasts nearly 25 million fans.

Rae launched her self-titled YouTube channel on August 28, 2016, and published her first video titled “My hair and makeup! // Addison Rae” three years later on August 8, 2019. The video has already garnered over 4.3 million views. Despite her channel having only three videos, she’s able to accrue 604,000 subscribers, as of February 2020.

She is also popular on the photo-sharing app, Instagram, with nearly 8 million people followed. There’s no doubt that Rae has achieved great success in terms of social media following and fame that many people would dream of.

According to online sources, Addison Rae has a total wealth of approximately $1 million as of 2020. Her collective net worth comes from sponsored content, brand endorsements as well as paid promotions, modeling and earnings from Adsense and many more.

Rae started taking dance lessons when she was 12 years old and is now an accomplished dancer. In fact, she was a member of the Shreveport Dance Academy.

In January 2020, she signed with the talent agency WME. She was featured in events throughout the 2020 NBA All-Star weekend alongside Charli and Dixie D’Amelio.

She was a cheerleader in high school and attended the All-American “Universal Cheerleaders Association” camp in June 2018.

According to her, actor Zac Efron and model and actress Emily Ratajkowski are her celebrity crushes.