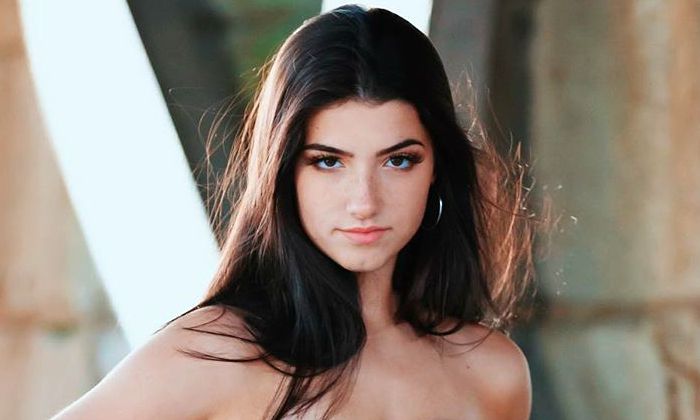 Hailing from Norwalk, Connecticut, Charli D’Amelio, is best known as a TikTok sensation and social media influencer. She has accumulated more than 115 million TikTok followers ever since she joined the short video-sharing app in June 2019. Like many other TikTokers out there, she posts lip-sync videos to the songs of her favorite musicians, but she doesn’t stop with that.

What makes her stand out from the rest is the amazing dance moves that have literally made her a breakout star in no time. Charli is a member of the collaborative TikTok group The Hype House. In addition to the stupendous following on TikTok, she has amassed over 48 million Instagram followers and 5.3 million followers on Twitter. Her eponymous YouTube channel boasts over 10 million subscribers.

Charli D’Amelio was born on the 1st of May 2004, in Norwalk, Connecticut, United States of America. She is currently 18 years old.

Concerning her personal matters, Charli D’Amelio is the youngest of two girls of Heidi and Marc D’Amelio. Her elder sister, Dixie D’Amelio, is also a TikToker and social media personality, who has a great number of followers across social media platforms.

She grew up along with her sister and they often feature on each other’s TikTok accounts, apparently boosting their online presence.

Undeniably, Paige Mackenzie is a stunningly beautiful blonde who has already won millions of hearts with her infectious smile and cute expressions. Her Instagram pictures are quite evident to prove that she is an epitome of beauty that will make your heart skip a beat.

Charli D’Amelio began dating fellow TikToker Chase Hudson in late 2019. Chase is already a popular name in the social media sphere, with his TikTok account accumulating over 18 million fans. The couple announced their breakup in April 2020 on their respective Instagram accounts.

There are many TikTokers out there who have achieved a lot of success, fame, and money in a considerable period of time. Charli is one such cutie who has garnered millions of fans and tens of millions of hearts on the short video-sharing app, TikTok, in a few months.

She started with dance videos to her favorite songs and continued to post lip-sync bytes as well as collaboration videos with fellow TikTokers. All those intriguing videos eventually led to millions of views and currently, she has over 115 million followers on the app.

On November 17, 2019, she had her first meet and greet in her hometown of Norwalk, Connecticut, and she documented the entire event and uploaded it to her self-titled YouTube. The video titled “What happened at my meet & greet” has already garnered a whopping 7 million views and still growing.

Her YouTube channel, which has more than 10 million people subscribed to it, features only the aforementioned video. Despite having a legion of subscribers, she’s not very active on the platform. Charli has gained over 5.5 million followers on her Twitter account.

Charli D’Amelio, who is not even old enough to vote, has accomplished a lot more than many her age. Everything Charli touches turns to gold when it comes to her career endeavors. This beautiful and passionate beauty is committed to helping others realize their inner beauty and strength. Through her career choices, she’s becoming more of a reality each day.

Apparently, all the money she owes comes from endorsements and sponsorships. According to sources, Charli’s net worth is estimated to be around $20 million dollars as of 2022. In November 2019, she did a meet and greet with her fans for which she charged $100 for VIP passes that allowed them to get to meet her and spend some time with her. She donated all the money to charity.

She had lived for her entire time in Norwalk, Connecticut.

Though she joined the online game quite early than many other influencers, the fame that she achieved as a 15-year-old is quite admirable and motivating.

Charli is a part of the Los Angeles-based TikTok collaborative group The Hype House.

She signed with the talent agency UTA in January 2020.

In November 2019, she performed an opening act alongside Bebe Rexha for the Jonas Brothers as a part of the Happiness Begins tour.

In December 2019, she collaborated with Ondreaz and Tony Lopez on a dance video set to the Don Toliver song “No Idea.”

Charli danced alongside Jennifer Lopez at the Super Bowl LIV in 2020.

She is one of the most followed personalities on the short video-sharing app, TikTok.

In March 2021, she won the “Favorite Female Social Star” award at the Kids’ Choice Awards.

In 2021, she was nominated for the People’s Choice Awards in the category of The Social Star of 2021 alongside the likes of Addison Rae, Dwayne Johnson, Kylie Jenner, and Britney Spears.

In 2022, it was reported that Charli had invested in the Lightricks, which is the creator of popular apps Facetune and Videoleap.