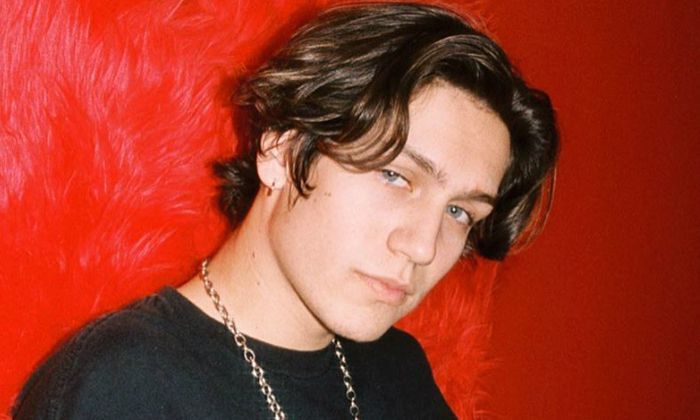 Chase Hudson is an American social media influencer and TikTok sensation who has amassed over 32 million followers to his “lilhuddy” TikTok account. Best known for his sense of humor, his comical videos and the nicely done dance videos usually get millions of views on the app that proves why Business Insider named Chase one of the “biggest breakout creators on TikTok” in 2019.

Hudson’s claim to fame began in 2018, thanks to TikTok, however, he first started out with YouTube in May 2018, where he currently has 2.3 million loyal subscribers. Chase Hudson, who is only 19 years old, has achieved a lot of success and joined the LA collaborative TikTok group The Hype House in 2019 along with fellow TikTokers Charli D’Amelio, Alex Warren, Addison Rae, and Dixie D’Amelio. The group has recently signed a lucrative deal with WME for digital, fashion, modeling, music, touring, film, and more.

Chase Hudson was born on the 15th of May 2002, in Stockton, California, United States of America. He is currently 19 years old.

Chase Hudson is the son of Cole Hudson, a school teacher and Tamora Hudson. He has two sisters, Marlena and Karissa. Chase is closely bonded with his parents as the true love and affection that he shares with his family is clearly evident in his posts and videos.

He grew up alongside his sisters in Stockton, California and he also has a cousin named Elijah Leonard. According to him, he attended schools in the neighborhood of Stockton and Lodi.

Chase’s newly found fame on TikTok is not only because of the engaging and entertaining videos he posts but also his charming personality. He rose to fame on the TikTok app in late 2018 and has gained millions of followers since then.

Because of his stardom status, fans are always curious to know who is he dating. He mostly leaves fans clueless as he often collaborates with fellow girl TikTokers.

Chase dated Charli D’Amelio, another big name on the app, from 2019 to 2020. They two became close in late 2019, and can often be seen hanging out together, and sharing adorable pictures of them being together on each other’s Instagram page. The couple announced their split on their respective Instagram in April 2020.

Chase Hudson had previously dated Cynthia Parker, a fellow TikToker and social media star, from early 2019 to July 2019. They got a lot of attention during their relationship times and they announced in July 2019 that they are no longer in a relationship.

Chase Hudson joined the video uploading platform in early 2018 while he is still in high school. He uploaded his first video titled titled “HUME LAKE WEEK 5 VLOG July 8-14” in September of that year that has currently garnered over 120,000 views.

Unlike other YouTubers, Chase is not so regular when it comes to uploading, however, he’s attracted an audience of 2.3 million subscribers, as of 2023. His channel includes haul, challenges, and other lifestyle-related content.

Not long after that, he jumped on the TikTok bandwagon and his lip-sync videos would eventually go on to earn tens of millions of views and likes. He has accrued over 32 million fans on the short video-sharing app. Hudson has posted lip-syncs to the tunes of popular musicians like Justin Bieber and Pitbull.

Chase, like many social influencers, has attracted the attention of reputed brands who want to connect with her audience. He has over 12 million Instagram followers as of February 2020, and his popularity on other social media platforms as well leads to lucrative deals and collaborations.

Hudson along with fellow TikToker Thomas Petrou founded the Los Angeles-based Hype House, a collaborative group, composed of some of the most popular creators on TikTok such as Charli D’Amelio, Dixie D’Amelio, Addison Rae, Tony Lopez, Nick Austin, Daisy Keech, Alex Warren, and many others.

According to several sources, Chase Hudson’s net worth, as of 2023, is estimated to be around $3 million.

Chase was a member of the 2019 Lights Out Summer Tour, a countrywide co-headlining concert tour.

He has his own merchandise line where he sells T-shirts, hoodies and different accessories.

He is a huge fan of the K-pop group BTS.