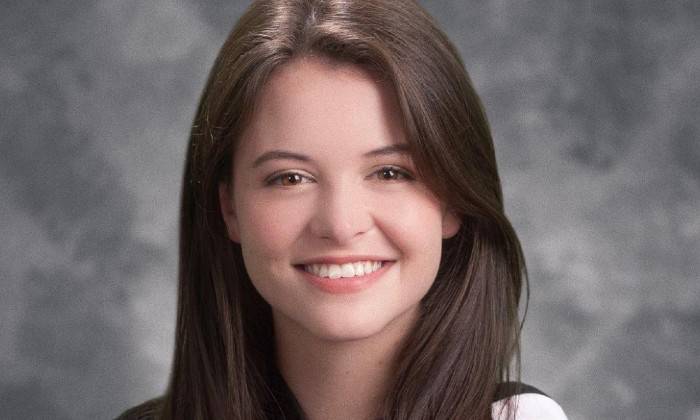 Canadian actress and screenwriter Sara Waisglass is a star in her own right. You have probably seen her on the long-running Canadian drama Degrassi: The Next Generation as well as in its sequel Degrassi: Next Class as Frankie Hollingsworth. Ever since then, she has been making it big in the acting world by taking up major roles in such TV shows as October Faction and Holly Hobbie.

Sara Waisglass is the youngest daughter of Jeff Waisglass and Tess Waisglass. All in her family are related to the show business in one way or the other. Her father is a dentist but also a musician and her mother works in the film industry. She has an older sister named Carly Waisglass, who is a singer.

Despite being a full-time student there, she continued to act in Degrassi: Next Class and other TV shows. She graduated from the program in 2020.

Sara Waisglass is currently dating Jeremy Kellen. They both have been in a relationship since 2019, at least, we know of. Since then, the duo has been posting a lot of pictures on their Instagram pages. And they look really super cute!

The 23-year-old Toronto native has been making some serious money since she was 7 years old. Starting off with The Jane Show, in which she played an 8-year-old jane, Sara has dome smaller to major roles including her first major role on the series Degrassi: The Next Generation.

Ever since that, she has been gaining more roles in both movies and TV shows including Mary Goes Round, Holly Hobbie, October Faction, and Tainted, among many others.

Sara’s biggest role yet is her part as Maxine “Max” Baker in the drama on Netflix. On the show, she gave life to the character of Max, who is a lesbian daughter of Ellen (played by Jennifer Robertson), Marcus’ ( played by Felix Mallard) fraternal twin sister, and Ginny’s (played by Antonia Gentry) new best friend. The series was a huge hit that it was renewed for a second season.

Now with all that acting work, Sara Waisglass has made a lot of money over the years. Sara Waisglass’s net worth is estimated to be about $500 thousand.

She has done commercials for KFC, Youth Apparel, and many more. The former happens to be her first acting gig.

In 2016, she received a Young Entertainers Award nomination for her work on Degrassi.

Sara published a book of poetry called The Art of Breaking Glass, a collection of 80 poems, in September 2016.

She loves to sing and has uploaded a lot of covers to her YouTube channel, which has been deleted since.