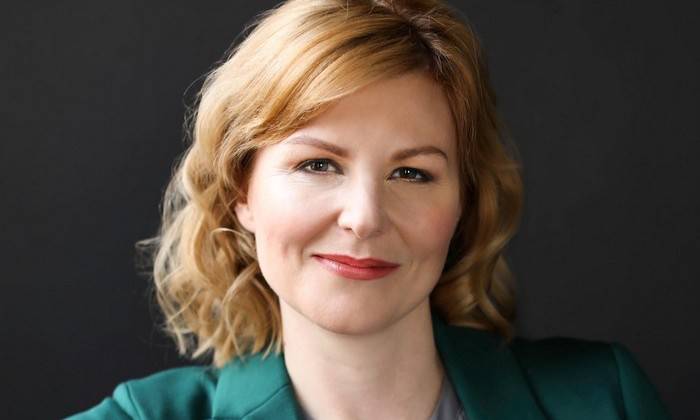 Jennifer Robertson is a Canadian actress, writer, and comedian who has been in the acting game for years now. She has made a huge name for herself by taking on the role of Jocelyn Schitt in the hit sitcom Schitt’s Creek. She was on the show for six seasons and throughout her run on the series, she earned nominations for two Screen Actors Guild Awards and four Canadian Screen Awards. As a comedian and writer, she’s credited with a bunch of TV shows, including This Hour Has 22 Minutes, Comedy Inc., and Scaredy Squirrel. Now that the star is reaching new heights with her brilliant performance as Ellen Baker in the new Netflix series Ginny & Georgia, starring Brianne Howey and Antonia Gentry.

Born and brought up in Vancouver, British Columbia, Jennifer is the only girl child of comedy duo Bob Robertson and Linda Cullen of Double Exposure. She has a brother named Patrick.

While there’s plenty of information about her acting career due to her popularity, there’s apparently none concerning her early life. It remains unknown whether she completed high school or enrolled in college.

Not much is known about Jennifer’s personal life right now. She’s now the mother of a girl, from a previous marriage. The details about her estranged husband are not known yet. In October 2019, she announced her engagement.

Jennifer Robertson started her career in television on SketchCom in 1998, appearing in an episode of the sketch comedy series as well as serving as a writer for two episodes. Her career really flourished as a writer, working in various TV shows like The Holmes Show, This Hour Has 22 Minutes, and Comedy Inc. At the same time, she continued acting in TV shows as well.

After guest starring in an array of TV shows, her acting career took off when she landed the role of Angela Montclaire in the Canadian teen sitcom Wingin’ It.

Jennifer’s next big breakthrough came in 2015 when she took on the role of Jocelyn Schitt, the mayor’s wife, in one of the most popular TV shows Schitt’s Creek. She was on the show for six seasons, appearing alongside the likes of Annie Murphy, Tim Rozon, Emily Hampshire, Chris Elliott, and Sarah Levy. By the time she got booked for this role, she was drawing big checks, which means she was making a lot of money from her appearances.

With more TV roles coming her way, Jennifer locked in the part of Ellen Baker in the Netflix hit show, Ginny & Georgia. On the show, she plays the mother of Marcus and Max, who’s also the Millers’ neighbor. The show became an instant hit and Netflix has already ordered the second season. It stars an ensemble cast, including Brianne Howey, Antonia Gentry, Diesel La Torraca, Felix Mallard and Sara Waisglass, and many others.

Jennifer Robertson is now worth millions, which makes total sense. According to authoritative sources, Jennifer Robertson’s net worth is valued at $2 million. Expect that number to rise as she moves forward in her career.

Jennifer was cast in the 2005 Disney Channel original movie, Twitches, as Ileana WarBurton, a role that earned her a Canadian Comedy Award for “Best Performance by a Female – Film”.

In 2006, she did voiceover work for the video game, Scarface: The World Is Yours.

She is 5 years older than Tim Rozon who played her son Mutt Schitt on Schitt’s Creek.

In 2021, Robertson stars as Ellen Baker in one of the lead roles in the Netflix drama series Ginny & Georgia.